I never promised you a rose garden... 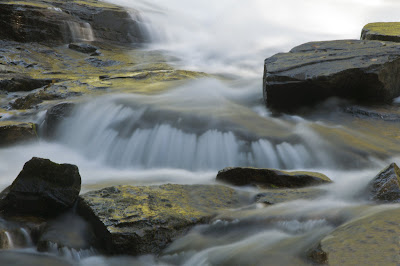 But I did promise you waterfalls. I love taking pictures of waterfalls. 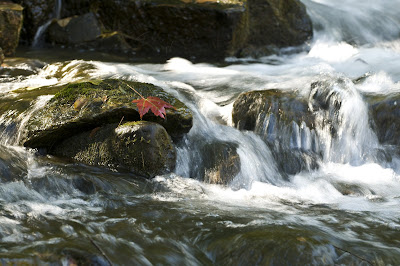 So that red leaf on the rock really adds to the photo, doesn't it? Wasn't it lucky that it happened to fall exactly in that place? Especially since there were no maple trees around? Seems it happened to appear while Linda, or Kate, were taking their pictures. Amazing.

I took these two photos during the workshop with Rob Stimpson that I've mentioned earlier. He actually took us to 3 different waterfalls. Here's another one: 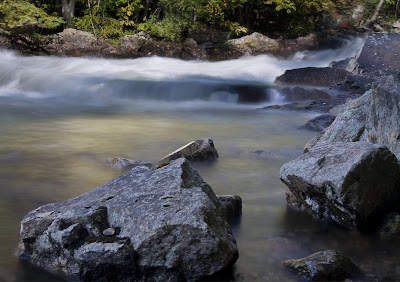 There are lots of ways of shooting waterfalls, but I like to use a slow shutter speed (somewhere around 1/3 to 1/2 second seems to work best for me). Doing this in bright sunlight is difficult: even with the lens stopped down to f/32 and ISO of 100, you still can't get there. So I add a "Neutral Density Filter" to the lens. My favourite one is an 8x, which gives me 3 stops more to work with.

Here's a waterfall I shot in Vermont last July. It's one of my favourites: 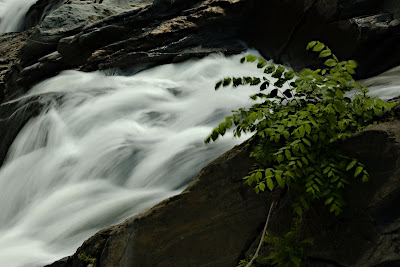 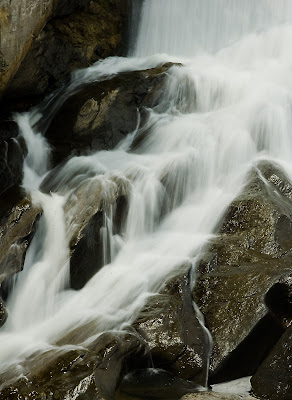 THere are more shots in my photo gallery, mostly in the July 2008 and the September 2008 folders (look under "monthly". Click here to go there.
Posted by Glenn Springer at 10:35 pm

Email ThisBlogThis!Share to TwitterShare to FacebookShare to Pinterest
Labels: waterfalls