It was a great weekend, perfect weather, lots of activity! I didn't actually shoot a lot of pictures, but what I did was interesting. At least I think so!

Before I show some to you: a few people actually asked me where that 'quote' was from in the last blog. Shame on you! "Elwood: It's 106 miles to Chicago, we got a full tank of gas, half a pack of cigarettes, it's dark... and we're wearing sunglasses." Blues Brothers. {sigh}.

OK, now some pictures. The Red Umbrella Inn had their grand opening on Saturday and I went over to shoot a few pictures. The guitarist from the featured band saw my camera and told me his photographer didn't show up, would I like to shoot some pictures for them? Oh, okay...

This band had hired a professional stage/lighting/sound company. They set up an incredible array of lights. The concert was outdoors, at night, and all the lighting came from the spots up above. All computer controlled, too! Concert lighting is a bitch. odd colours, fluctuating levels, tough! I got a few pictures I sort of liked, here's a couple: 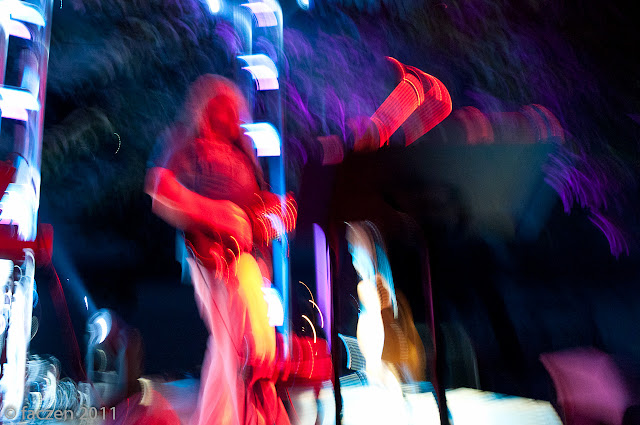 Could be an album cover, right? 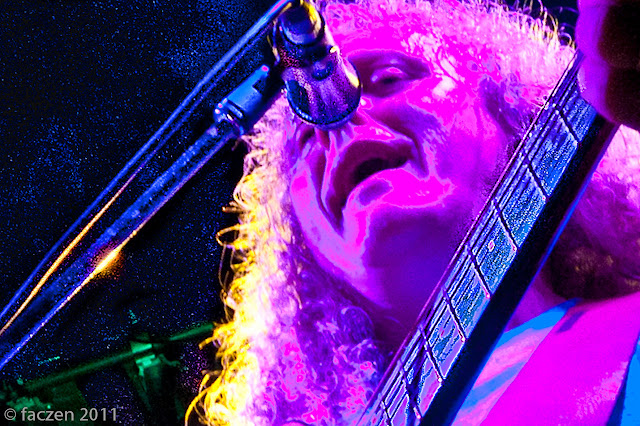 I told you the lighting was a challenge! This was in fact an outdoor shoot but those aren't stars, it's noise which I enhanced in PS. I had to shoot most of the evening at ISO 1600!

But here's the pièce de résistance: I did a montage with the two performers. Each image was treated separately with Topaz and/or Nik Color Efex Pro, and I think it worked! 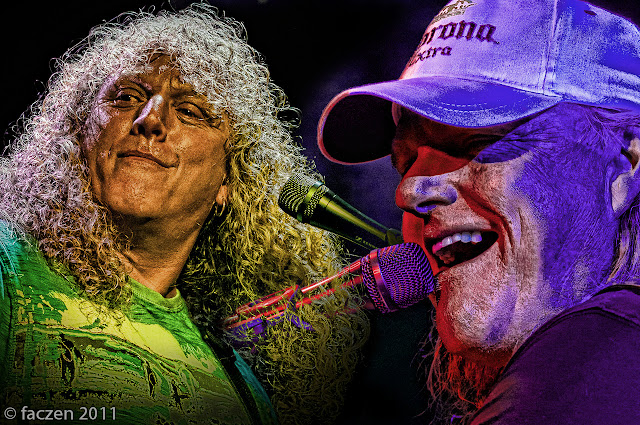 OK, now picture this: it's an outdoor concert up in the Haliburton Highlands at the beginning of July. In the evening. So there are about 200 people and about 30,000 of these guys! 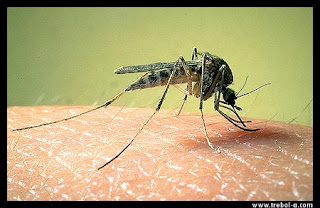 Attribution: trebol-a at flickr
I only shot one set. Do you know how hard it is to frame and compose a picture when you're getting eaten alive?

I ran back in the house and a few minutes later, heard and saw some fireworks. Again, i only ran out and shot a few pictures before being driven back home. Here's one: 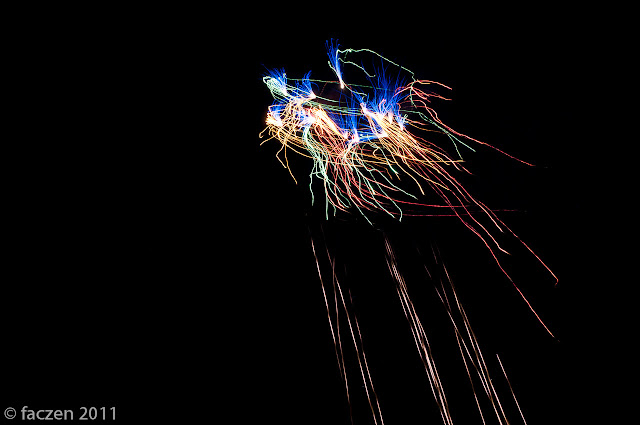 All the fireworks were launched from a boat just off the dock. I stood on the dock, which is free-floating, and rocked every time someone took a step. Furthermore, all the fireworks came from the same spot, so I moved the camera between bursts (with the shutter open). Interesting effect!

Workshops:
I'm not saying it's on hold because it isn't. Problem is, I don't have any free weekends for a while, with work at Humber, guests coming up to visit and a photo trip in a month or so. I have to work it out! Watch this space, and the photography.to site for updates.