It's fun being published!

Lots and lots of pictures for you today, so I'll keep the words down to a dull roar! Besides, I'm doing the Stars workshop in a couple of days and I'm still preparing the curriculum and materials, so I have to do this quick.

I'm posting this now because I posted the following picture and question on several social media sites, so perhaps I piqued some curiosity out there!

The answer to that question is, "The Kin[sman] Club Truck Pull, show 'n shine and ATV Mud Bog" at the Minden Fairgrounds! The truck pull is photographically boring (grass growing is more exciting!), I missed the car show, but the Mud Bog was a ton of fun. Here are more pictures than I really should post, but it was hard to choose!


Also at the event, they were doing training for kids, teaching them to be safe on ATV's. They were busy the whole day! Some of the things they did brought back my motorcycle instructor days (ATV training is also under the auspices of the Canada Safety Council).

At the same time, I had another assignment from the Times, for a feature page called, "Minden Moments". They published 4 of my shots (almost the full page), including these two:

And finally, one more photo

A little street photography in Minden the other day.

Posted by Glenn Springer at 4:37 pm No comments: Links to this post

... that's frustrating. My whole writeup, that I had previously saved is gone. Starting over.

Ever do something stupid?

Rhetorical question. In my case, I lost a hard drive.

I don't mean I had one fail: I LOST IT. I MISPLACED IT. It was in my car (I bring my external drive with me when I leave my house for a day trip. What good is having backups at home if your house burns down or you get burglarized?). It's in a padded bag inside a leatherette  pouch (my old Palm Pilot case), and I always put it in the same place in the car. It's NOT THERE.

I was having lunch with my 92 year old mother. She gave me some pictures to scan: old pictures. Her mother. Her siblings (mostly gone now). Ancient stuff going back almost a century. I put them in the pouch and she even commented, "Oh, you have a safe place to put them", and that's the last I remember having it. Her walker was in that side of the car, I wonder if it fell out when I took the walker out. I've called everywhere I was in between, no joy.

So what did I actually lose? Well, her irreplaceable pictures... and a 2Tb Passport External Drive with my entire 60,000 image photo archive on it. No passwords or sensitive personal data to my knowledge.

Here's the good news: I had done a backup onto another 2Tb drive on June 2. And every image I imported after that point is duplicated on the internal drive of the computer.

Here's the bad news. I often skip backing up my LR catalogue even though it prompts me whenever I exit. It takes time, and I figure with only a few edits... so all of my edits from June 2 through June 12 are gone. Nothing critical, and I do have the exported JPEGS (although they're not full sized).

A lesson learned. I wonder if it's creeping senility... Anyway, I'm going to Costco tomorrow, guess I'll pick up a 4Tb MyBook. I wish Passport made a 3Tb or bigger drive. I don't really trust the MyBooks.

So you plan for hard drive failure, for fire and theft, but you can't fix stupid...

On to some better stuff...

My Stars Workshop is a GO!

If you haven't heard, I'm doing a two-part workshop on shooting stars (and other stuff at night). Shooting at night takes a lot of pre-planning and you have to know your equipment and what you're trying to do, or you'll be disappointed.

Part 2 is the actual field trip, tentatively planned for Oh-Dark-Thirty some clear, beautiful bug-free night around the end of July up in the Highlands. Obviously we can't schedule that much in advance because it is weather dependent. 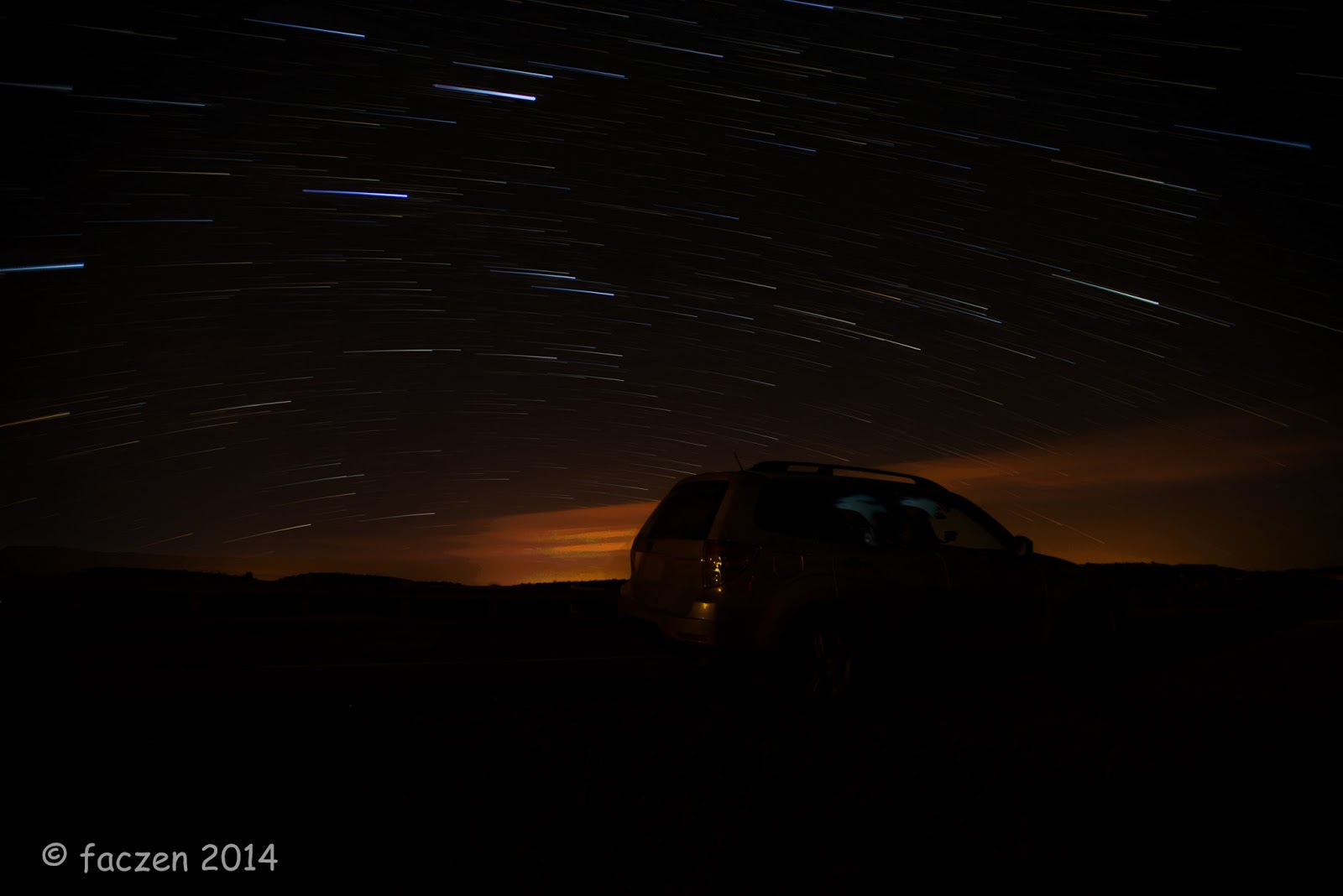 Part 1 is a half-day classroom session. FWIW, I've created a handout for it and believe it or not, it's 10 pages of bullet points. I counted and there are 15 things you have to set on your camera before you go out to shoot stars. There are 17 things you need to bring with you when you go out, if you include your "recreational pharmaceuticals"!

Details on the workshop are here. Go over for a quick look, I'll wait here.

Back so soon? OK, here's the deal: as I write this, I have enough signups for June 28th to hold it at the Minden Cultural Centre. There are only a couple of signups for July 10th, and a few inquiries but no commitments for the GTA session tentatively pencilled in for July 19 or 20 (and I don't have a venue yet). If you want to attend, you MUST let me know. You can sign up at the web site or email me to make arrangements.

Several people are driving up from the GTA on the 28th. I know it's a 2- or 3-hour drive but here's some incentive: 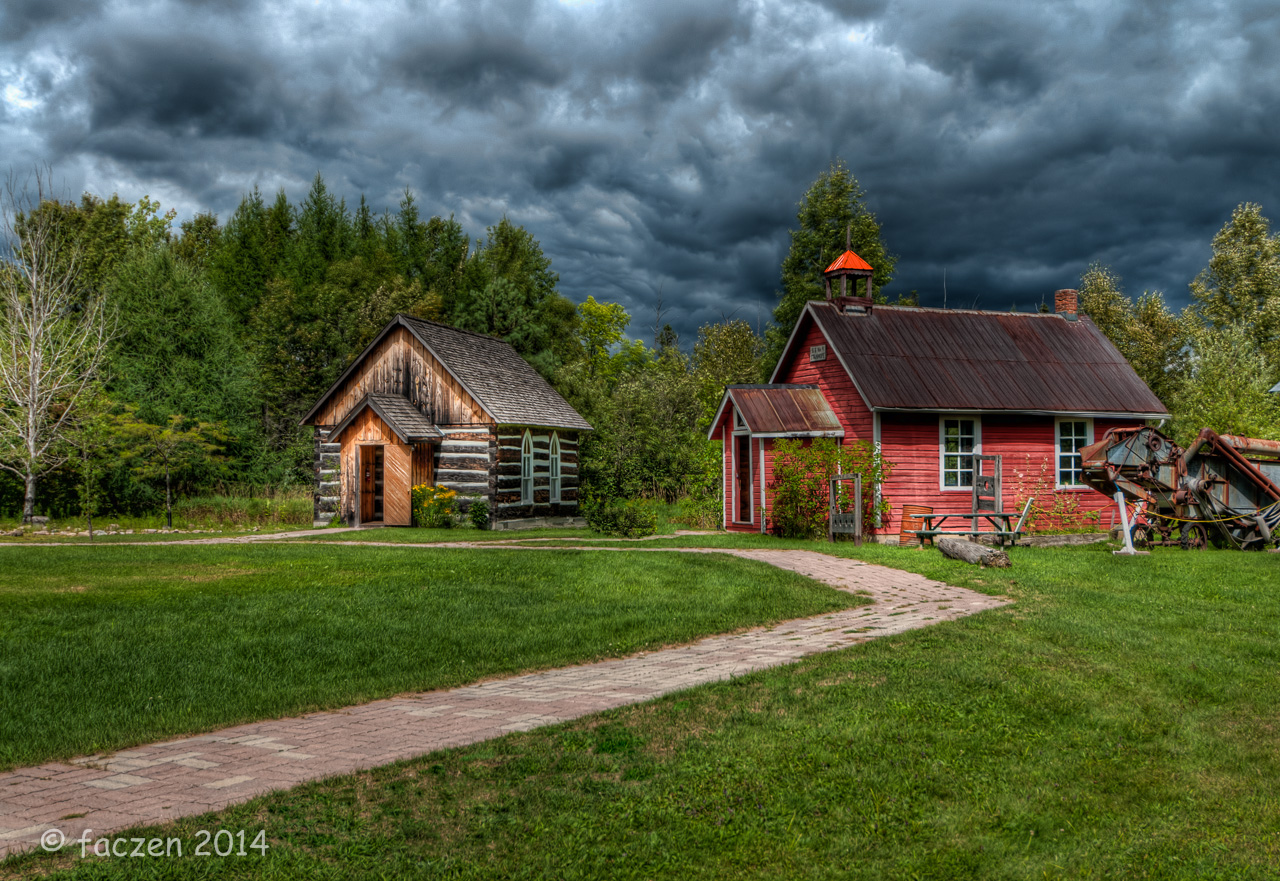 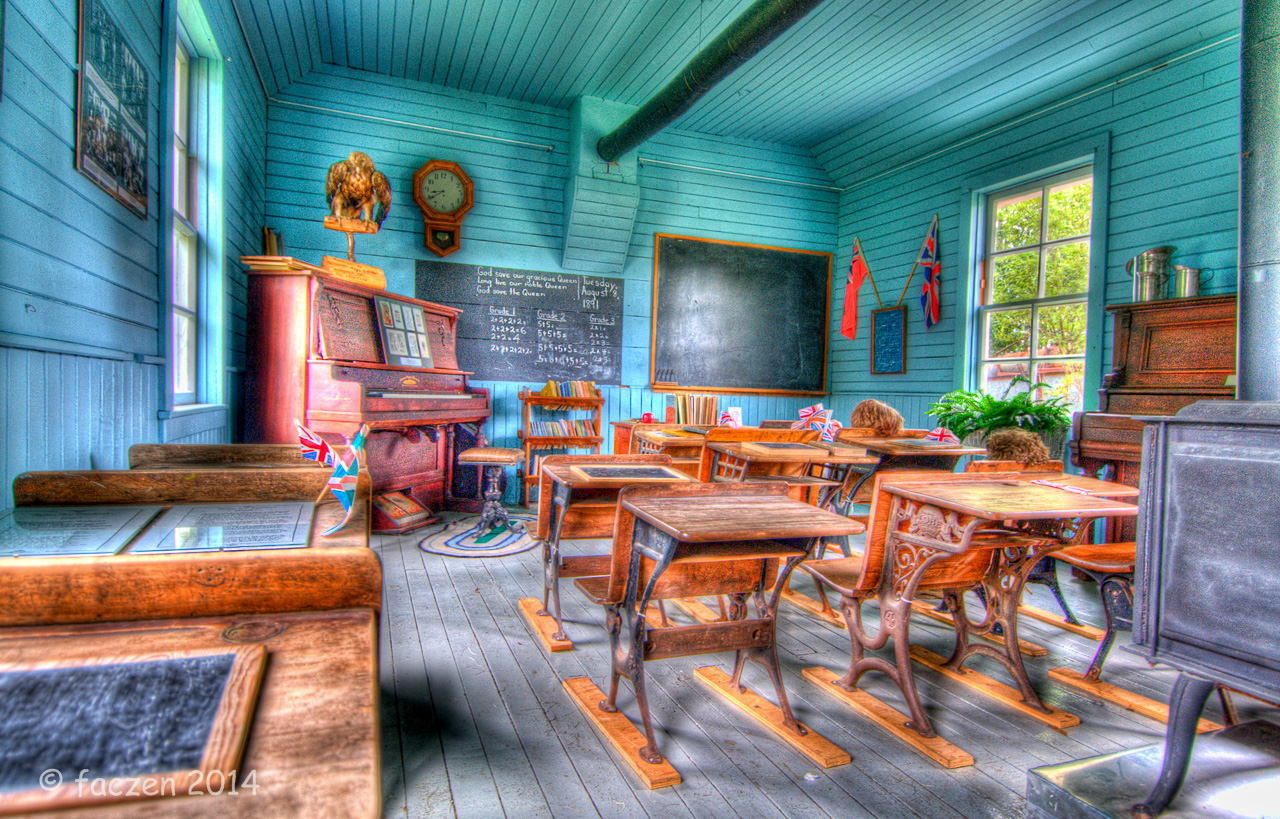 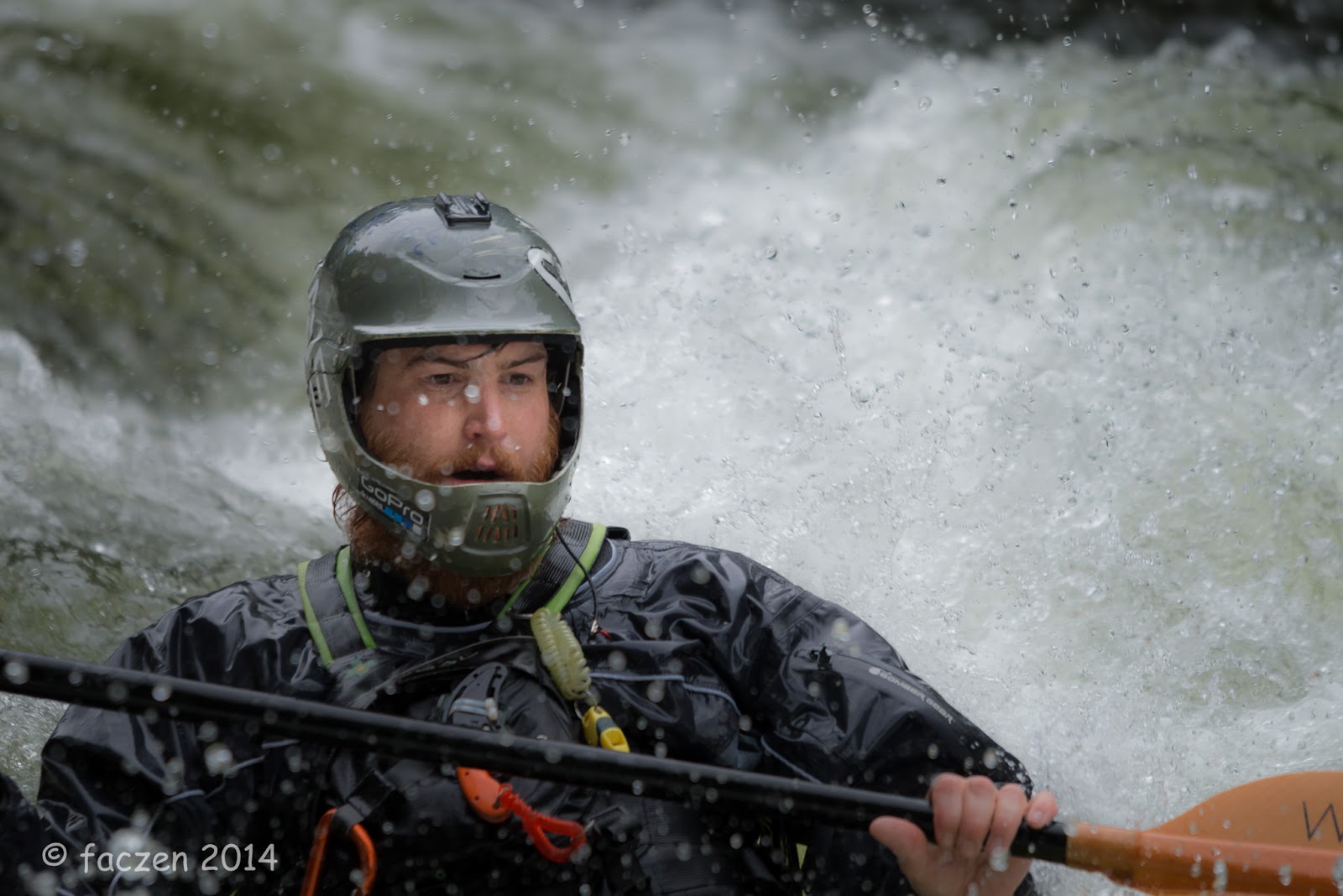 PS it fits all Nikon cameras, it's FX so it will work on a full frame, it has what Sigma calls "OS" and Nikon calls "VR".

Here are some of the "lost" pictures that I only have in JPEG. I had exported them for this blog before losing my hard drive.

We visited the old abandoned Chemical Factory and got some shots inside. HDR paradise, but I have to admit I wasn't "feeling it". Still, with a little perseverance...

Posted by Glenn Springer at 12:39 pm No comments: Links to this post

I'm not going to stop shooting landscapes. I love landscapes. Nature has been speaking to me my entire life and landscapes and seascapes and cityscapes and starscapes and cloudscapes and all the other kinds of scapes, well that's my vision. And I use these as the basis for my art, where I use the technical tools at my disposal to make the images look like what my mind sees, not my eyes. One day, as my eyes fail (not totally unlikely, there are already some signs in my aging vision), I'll still be able to see with my mind.

Photography is not a one-tracked medium. Each genre is unique and the only thing in common between shooting the fall forest and a wedding or newborn infant is, well, you use a camera and a computer for both. And to be successful in any of those genres, you need to connect with your subject. I can do that with the former, but not the latter.

I can do that, too, with sports and action, a bit. You need a better sense of timing than I have, but I think that's just practice. Rosa tried to teach me a little about colour: that takes work too, but I'm getting there. I'm pretty good at textures, that's a landscape thing but I suck at patterns and don't get me started about people.

Half a year ago, I posted that I was going to try hard to overcome my shyness and approach more people to take their pictures. I am trying, but it's difficult. I'm going to try even harder. My friend Gary (others know him as Ian, but that's a long story...) introduced me to street photography. Something I don't know if I can do or not, but which I find incredibly fascinating. I'm not sure exactly what street photography is: everyone seems to have a different definition. And within street photography there are many different disciplines. To me, it's capturing a moment. The picture tells a story about something happening. There doesn't have to be action, just something happening.

I looked through my archives and came up with some pictures that I think fit that definition. Here's what I think is an iconic one, but I don't know if others, people who ARE street photographers, agree with me.


There are some very well-known names in Street Photography. Henri Cartier-Bresson, Garry Winogrand... I spent some time looking at Winogrand's work, at listening to an old lecture of his, watching video of him doing his thing. Several things struck me: (1) I don't get it. There are some very highly acclaimed images of his that I would have thrown in the trash. I don't understand what makes them great. It's like that $1.6 million dollar painting in the National Gallery, "Voices of Fire" which is just a red stripe on a blue background. I don't get it. (2) Winogrand talked for an hour at Rice University and I have absolutely no idea what he was trying to say. And (3) how could he do what he did? He shot with a Leica M4 and a 28mm lens which meant he had to get up close and personal with his subjects. He bobbed and weaved and shot thousands and thousands of images right in peoples' faces. How do you do that? I'd be a stealth photographer, shooting with my 200mm from across the street!

Anyway here are a few more of my "street" images. It would be great if people would respond and tell me if they like them or not, and more importantly, Why!


It's different. Outside my comfort zone. Get outside yours...

Remember I wrote about SeaFoam motor treatment last week? A reader from here in the Haliburton area (whom I've never actually met, to my knowledge) wrote me that he decided to try it on a Honda water pump that he couldn't get going after the winter. It worked! I'm telling you, it's magic stuff!

The same day as the kayaks in Haliburton, there was a track meet (for elementary school aged kids) at the high school. I shot some pictures of the relay race. I was trying to tell the story. I shot where the baton exchanges were happening. 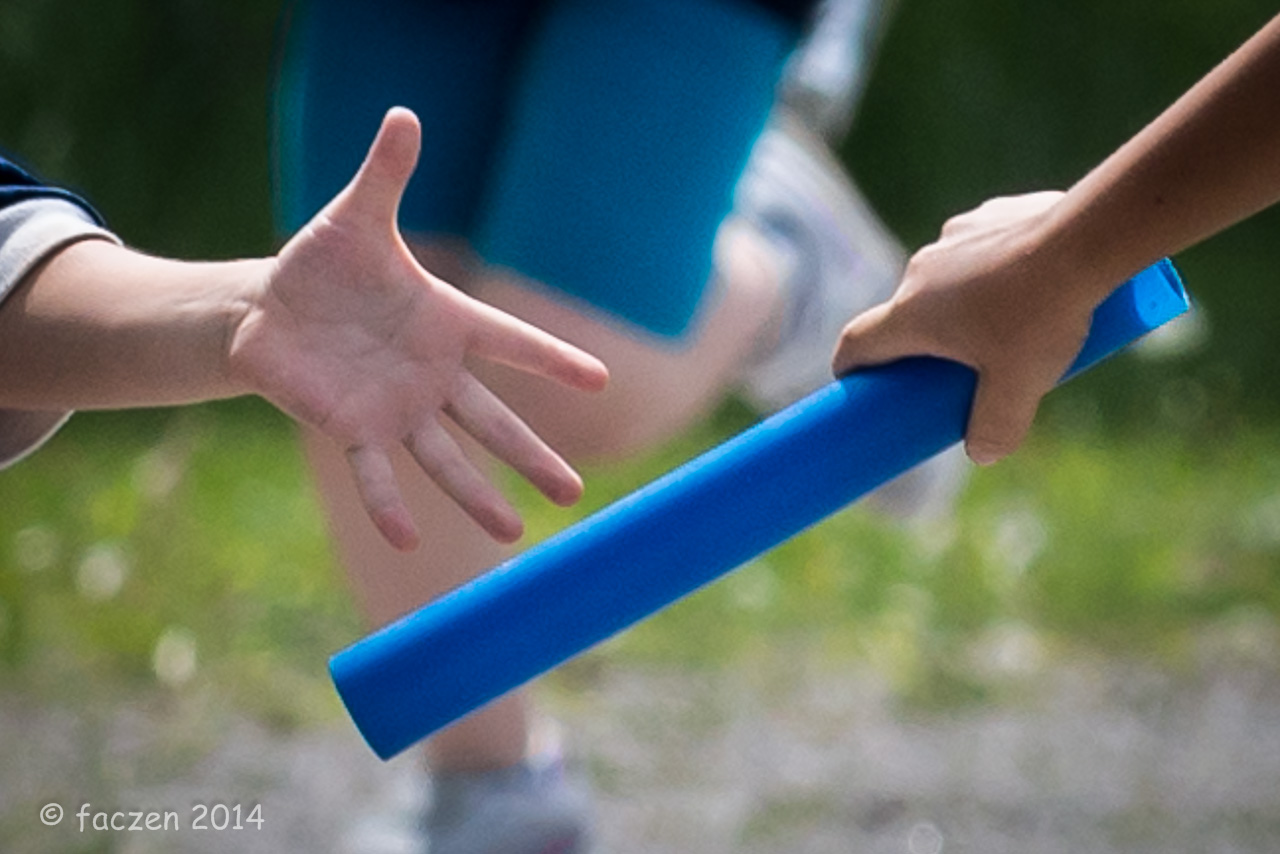 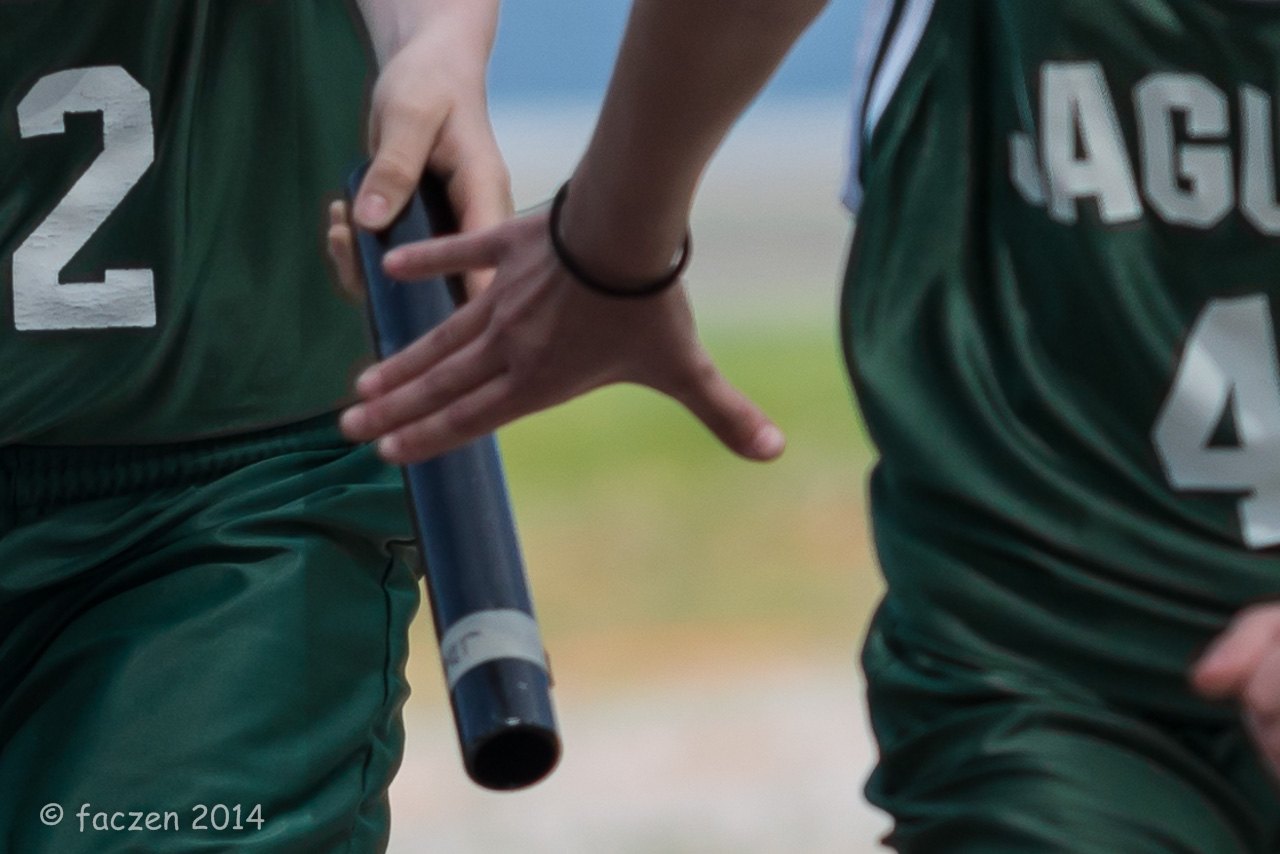 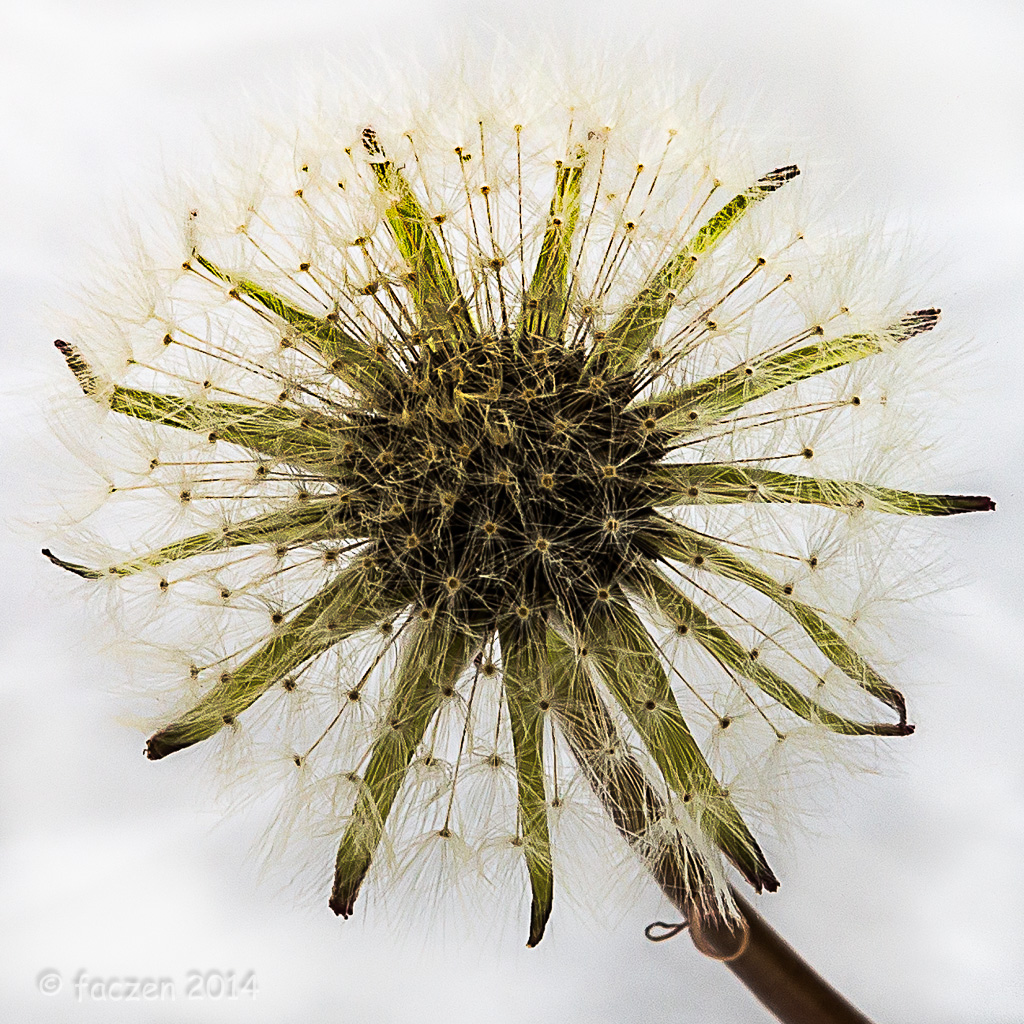