I wish it would make up its mind. The temperature keeps varying between -10°C and +10°C which means we have snow, then we don't, then we do, then we don't... Rosa asked me, when I grew up in Montreal, what was the difference?. Well we had a lot more snow than in Toronto (or maybe it's because I was smaller so the snowbanks were higher!), it was colder and, after some prompting from her I realized we actually had 4 distinct seasons. When it was winter, it was WINTER. When it was spring... even here, up in the Highlands of Central Ontario, spring could be 4 whole days long, then we jump right into summer. Or maybe this global warming stuff really is happening. I'm not thinking year-to-year, I'm going back 50 or more years to when I was a kid. Technically, it's not winter yet, until tomorrow, though.

I have taken my camera out for a walk several times in the past week and especially, I took the new lens out for a trial or two. Since I bought it for shooting wildlife, I thought I'd give it a shot at some rare birds, seagulls at the dump! It turns out that although I was trying to be facetious, this bird is a Glaucous Gull (Larus hyperboreus) which in fact is theoretically a rare bird! I dunno, there are hundreds of them at the dump! 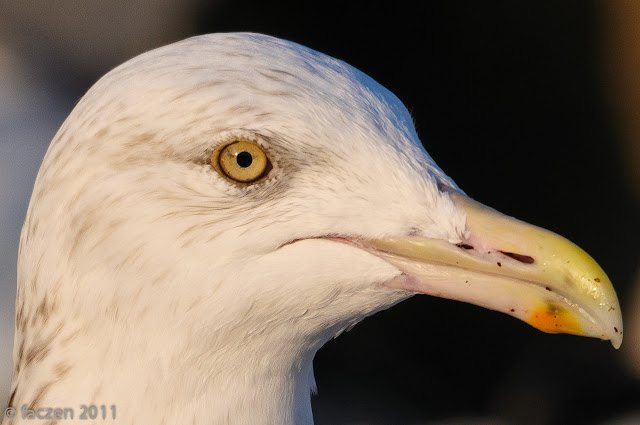 This guy is not in my bird book. Some immature gulls are mottled brown but the book says the babies of this species have dark eyes and black bills, and this one has a yellow bill. Maybe it's a new species, Larus springerensus! 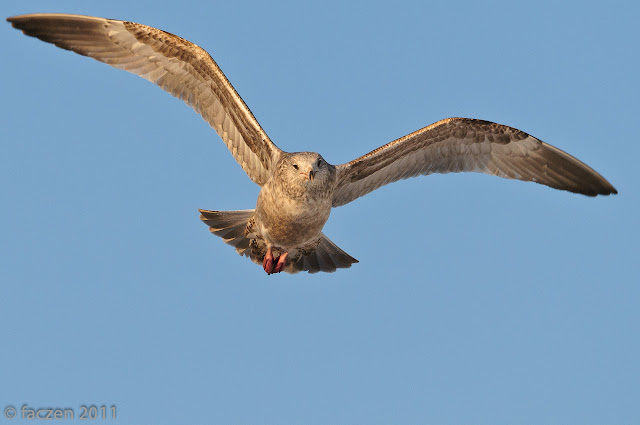 It's hard to shoot birds in flight. I'm going back today to try again. 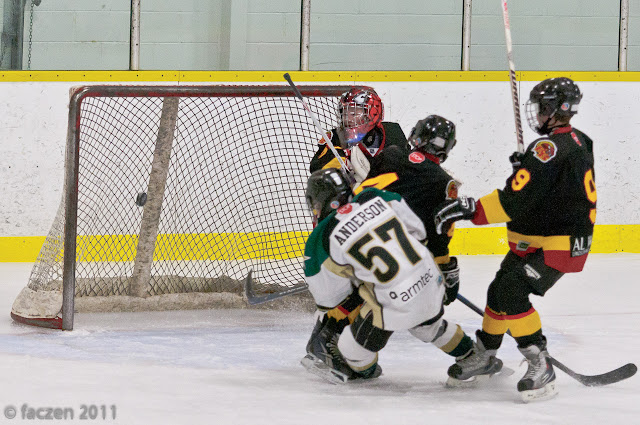 He shoots, he scores! Young Mr. Anderson scored the other goal as well, less than a minute earlier. I did capture that one too, better isolation on the shooter and the goalie, but no puck in the shot. The Belleville goalie kept the Stars off the scoreboard otherwise and won the game 3-2.

In this really badly lit arena, the best I was able to do with the slower Sigma lens was at ISO 6400. Incredible that they came out, but nothing to write home about.


This month, one of the assigned topics in the NAPP challenge rally was "Knifes, Forks and Spoons". I wasn't being very creative, but had fun with this shot anyway: 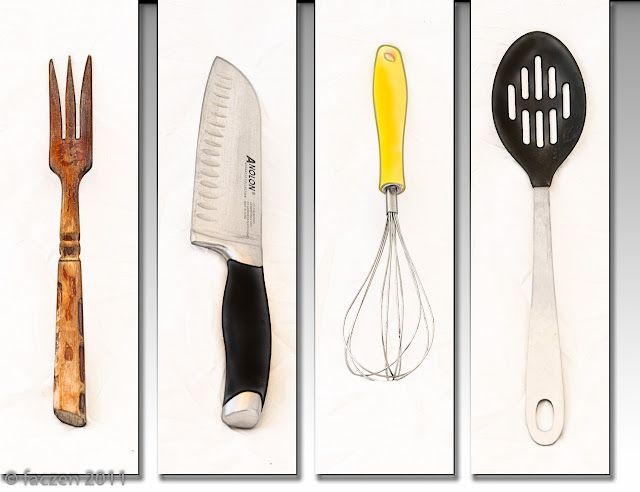 "One of these things doesn't belong here. One of these things isn't the same!" which comes from a kid's song on Sesame Street, I think. I mixed in some line-art processing to add visual sharpness and merged them into drop-shadowed layers in Photoshop. These pictures were shot in my light tent using ambient light (no flash).


Here's an HDR I shot when out walking. 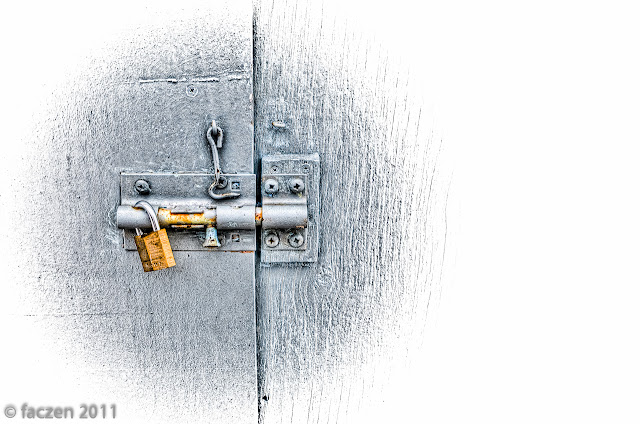 I like the vignette effect. This is the door latch on an ice fishing hut, waiting for hard water before going out on the lake. Processed with Photomatix Pro, toned with Topaz Adjust 5 and the vignette was done in Nik Color Efex Pro. I do like my plug-ins! I think this image looks best on a white background, but if you're reading my blog with a normal browser, it's black. Click the picture itself to open it in a separate (white) page.


I saved the best for last. The same day, I shot this: 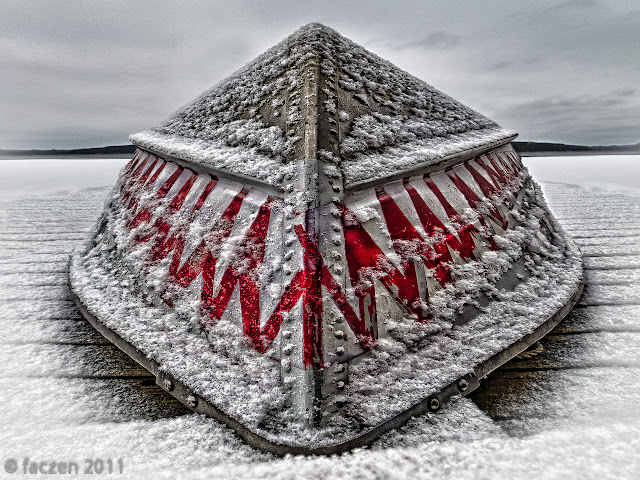 Again, I created the HDR with Photomatix, toned with Topaz and vignetted with Nik Color Efex. I went a little further though, notice how the horizon on both sides is the same. I cleaned up some background and I stretched the image horizontally to give it a more pleasing proportion.


This is a killer shot. I will be printing this as a limited edition art print and if anyone is interested in purchasing a copy, email me. Generally many of my images are available in print, let me know.

Oh yeah: speaking of print! My "Michipicoten River Light" image from Gales of November 2010 was published in Photo News! It's available online as a .pdf, click the link here and scroll down to page 11 to see my picture!

That's it for now. I'll try to get one or two more posts in before the New Year — I actually made almost 50 posts to the blog this year!

Posted by Glenn Springer at 2:15 pm