Aliens have landed. It's the only explanation.

We'll get to the aliens in a minute. "But first, these words about your dirty clothes." Anyone know where that line from a comedy routine comes from? Comment below or email me!

Glenn's Cheap Tricks
Larry Becker from NAPP has his "Cheap Shots" blog where he tells you about inexpensive stuff he's come across, or DIY things you can do on the cheap. I sent him this one, but he didn't publish it, so it's my turn! By the way if you come up with similar things, drop me a note and maybe I'll publish it and give you credit! Or my undying respect. Or whatever.

I came across this product at Walmart (colloquially known as "Wally World"!). 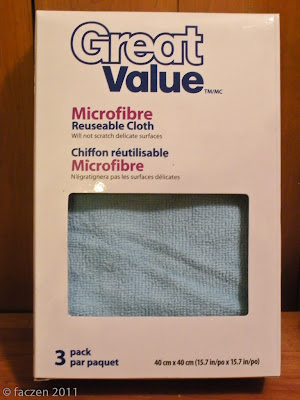 Microfiber (or "microfibre" if you're Canadian or British) is phenomenal stuff. I first started using these to clean the visor of my motorcycle helmet. You know the ones you get from glasses places? They're smooth and after a while all they do is smear stuff around. These are textured like a towel and work better.

They don't scratch. OK, YMMV, but if they're clean and not carrying a bunch of dirt around, they don't scratch. Even lenses. I use these for my glasses (nothing better!), my lenses (well I always have a filter on the front), my computer monitors and keyboard, my TV, the inside of my car windshield... a million uses!

They claim they can be machine washed. I haven't tried that yet because... well I'm cheap but these are under $6 for three big (16" square) cloths and I like a fresh one, especially for the lenses.

I found them in the section with the cleaning supplies, like sponges and mops and stuff. I have to assume that they're available in Wally Worlds everywhere. Oddly, I haven't seen them in the Dollar stores.


Still waiting for the aliens? Hang in there...

On our trip up to Lake Superior, I had my point-and-shoot camera with me and took a few odd shots. Here are a couple that I found interesting. 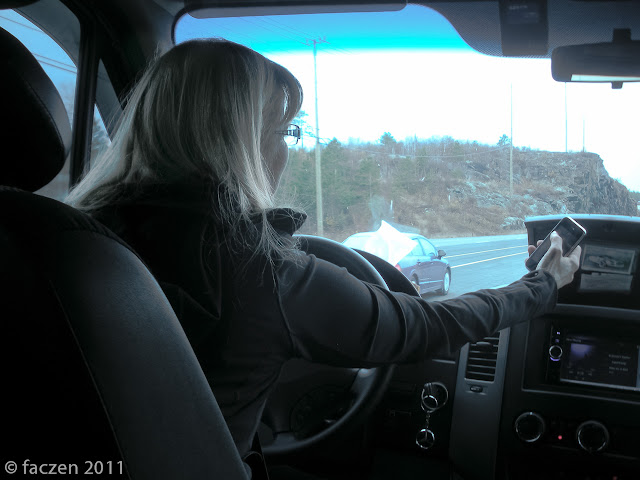 Hmmm. What was Linda doing while driving?? Bob? You let her drive the Sprinter? Hmmm. BTW, you need a graduate degree to program the onboard computer/sound system/GPS/rear camera/... in that vehicle. 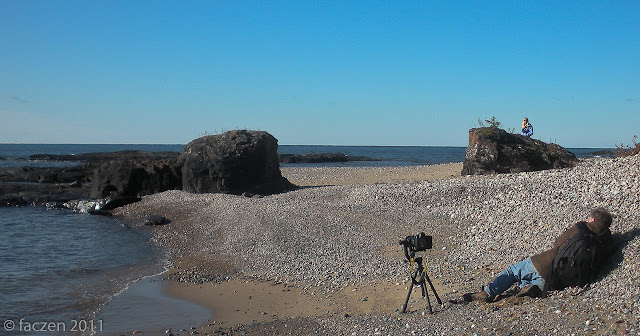 Whenever I've been out shooting with Ron, I've noticed a common activity on his part. Somehow, he's always taking a nap... This was at Pancake Bay on the shores of Gitchigumi (you know that's the Native name for Lake Superior, right?)

In fairness, I think he had a second camera and was shooting the rocks while his other one was doing a long time exposure out over the lake. But he could have been taking a nap... Rosa and I went for a walk the other day, in the fields down the road from my house. I've mentioned her but I don't think I've posted a picture of her yet, so here's one!


OK, now the ALIENS.
Occam's Razor is often summarized as "simpler explanations are, other things being equal, generally better than more complex ones" (Thanks, Wikipedia!). In other words after you consider various possibilities, the simplest, most logical one is usually the right choice. You be the judge. I couldn't come up with another one...

To set the scene, Rosa and I were walking (can't really call it 'hiking') on top of a hill behind a couple of rural houses, but probably 500 meters (sigh. 1/3 mile) away from anything. We were in a meadow that had once, probably 50 years ago, been farmland because there were the remains of an old stone fence and the rusty remains of a 1940's vintage truck overgrown with weeds. The only sign of human activity were some snowmobile or ATV trails and one rutted disused cowpath leading, it seems, back behind the houses. Even my property, supposedly, used to be a horse farm but that goes back half a century. There are no farms in this area. None. We're in a recreational, rural, lakefront area with a mix of cottagers and full-time residents.

As we walked through the forest/meadows, there was something orange in the distance. As we approached it, picking our way through the undergrowth, here's what we found, in the middle of the meadow. 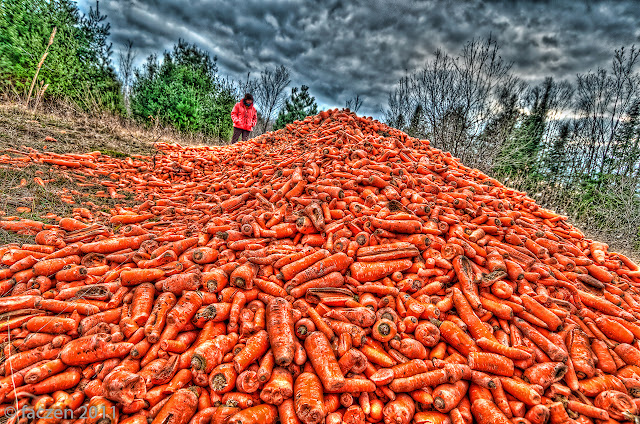 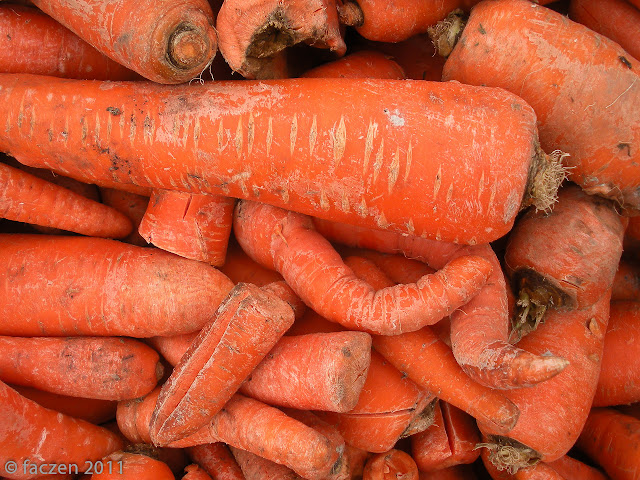 Shot with the point-and-shoot (the other one was with the DSLR and processed as a single image HDR).


Try as I might, the simplest explanation that I could come up with is that an alien spacecraft, populated by bunny-rabbit-like beings from a world that has to be at least 10 light years away, deposited these here as a cache that they intend to retrieve later, which perhaps would serve as a food supply for an invading force of creatures who are intent on wiping out the human population of the Earth or turning us into slaves to fulfill their goal of expanding through the galaxy as they take over world after world and turn them into sources of food for their exponentially expanding population (we know what bunny rabbits do, right?).

There were no more logical explanations I could come up with. How about you? Send me an email with the words, "Alien Bunny Rabbit Plans to Exterminate the Human Race and turn the Earth into a vast food supply World" in the subject line. I'll publish your suggestions, provided the aliens don't get me first.

Posted by Glenn Springer at 7:57 am