Several years ago, I bought ProShow Gold and did a couple of presentations, the best of which was my trip to Newfoundland by motorcycle in 2006 (oh yeah. I guess it was then that I bought it). It's here, by the way. You'll be asked to download a viewer, which is safe. I've gone through a few computers since then and have no idea where the software is, so if I wanted to use it, I'd have to buy it again. I probably should, because I spent the day compiling my images into a Powerpoint presentation complete with audio and video clips. Then I discovered that it wasn’t easily exported because of embedded video and audio. I think I managed it, though I'm really not satisfied. What did work was timing it to fit the audio track!

I tried to find a utility to convert the .pptx file into something more shareable. The so-called "free" utilities either put a huge watermark in the middle until you pay their $99, or didn't handle the audio. I tried to save it as a .pps, which is Powerpoint 2003 compatible and can be viewed with the old Powerpoint viewer, but the file ended up at 180Mb. I gave up and saved it in PowerPoint 2007, which resulted in a 45Mb file. Maybe someone can point me towards a better solution. Or I'll bite the bullet and get ProShow. I should anyway.

If you have Powerpoint2007, you can directly view the show I made here:
www.faczen.com/video/galesslideshow.ppsx. Be patient, it's a healthy sized download. Not recommended if you're not on high speed.


Note: on my computer it looks like it's doing nothing while ht's downloading, then the window opens. Like I said, be patient.

Note: you have to click "slide show" in the menu at the top then the left-most icon "start slide show from beginning". Or the tiny icon at lower right that looks like a projection screen.

If you don’t have PowerPoint, you can download the Powerpoint Viewer from Microsoft for free at this Microsoft site.

Note: then go to the link above and download the show.

If you’re on a Mac, I’m not sure how it works. I get the slides only, no audio and no video on my iPad in Keynote, but I don’t know enough about it. Someone please clue me in. If you want to get the flavour of the embedded audio and the video clip, you can find them here:

Someone please email me and let me know how it worked. Were you able to see the video and hear the audio track? I had trouble testing it because both of my Windows computers have PowerPoint 2007 installed and defaulted to it. The old vintage Sony Vaio that runs my scanner doesn't have enought memory to run the presentation.

By the way, I edited the video by putting pieces of 3 clips together in Microsoft Movie Maker. Works pretty well. The clips were made on my Nikon Coolpix point-and-shoot camera. A videographer I'm not! The show starts with a minute or so of video introduction.

Here are a couple more images from the weekend 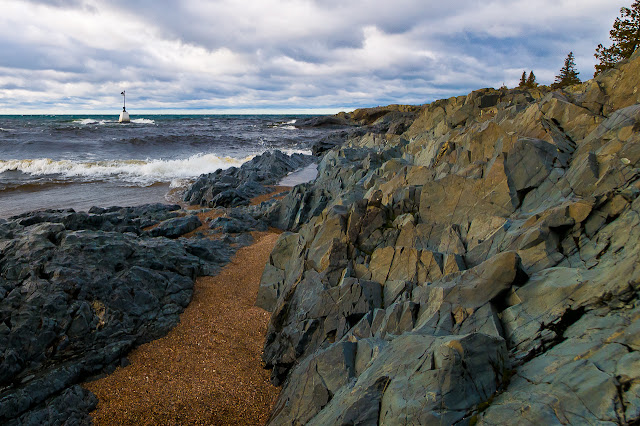 This one is becoming one of my favourites. Really minor enhancements to the saturation and sharpness, and a little crop to straighten it out. The biggest thing I did to it was to remove the red chair barely visible on the rocks in the distance. I never even opened Photoshop, it was all done in Lightroom. Quite a departure for me! 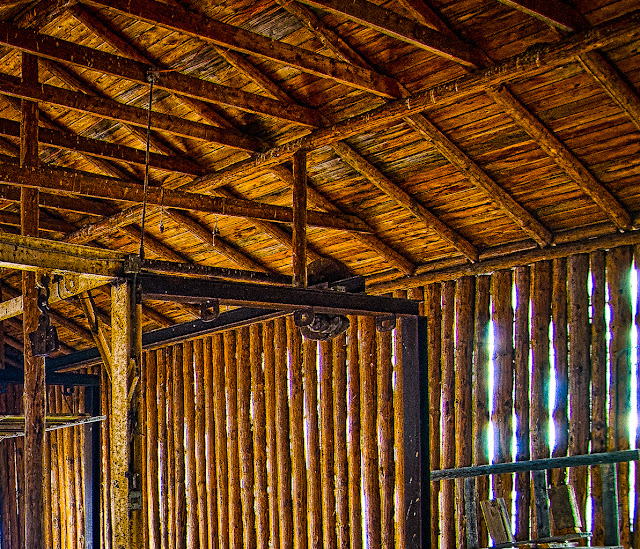 This image, on the other hand, is an HDR generated in Photoshop CS5 from 5 images. Not much was done to it other than toning and a shot of Topaz, and it was cropped out of a larger image (it's only about 1700x1500px). 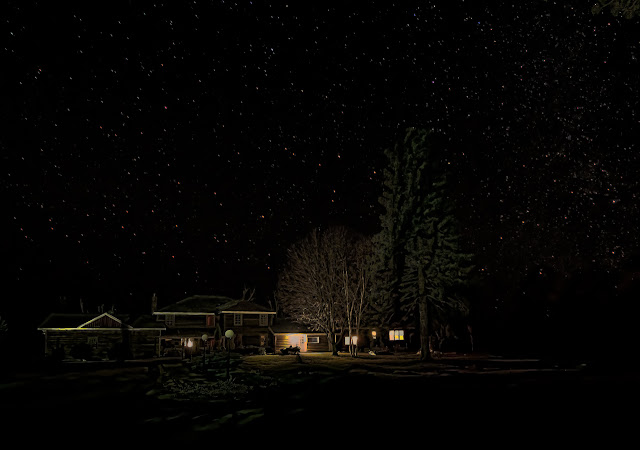 I didn't take this up on Lake Superior, I took it the night I got home. It's the Red Umbrella Inn across the road from my house. I went out to do some night shots and played with this image using Topaz Adjust. I didn't do much: there are a bunch of presets I flipped through, this one is called "Night" (appropriate, don't you think?) and I don't think I did much after accepting the preset settings. This image looks best in a darkened room so you can see the stars. Click on the image to view a larger version.