But before we talk about that...

Subscribe to my blog update list
There's a new box over on the right →
I really want to make this "social media" thing work, but I'm really dumb and I'm probably not doing it right. Some other bloggers I follow have told me they have hundreds or even thousands of regular readers. One has upwards of 20,000. I don't know how she did that...

Maybe I need to give something away. Like art prints, or courses, or eBooks... watch this space! But you need to be a subscriber to get in on it.

As a start, though, I've put a MailChimp list together, some of you are already on it (if you regularly get a message saying there's a new update on the blog, you are). If not, would you subscribe? You can easily un-subscribe with one click later. I update the blog once a week, so not a lot of mail will come your way, and I PROMISE I will not make your info available to anyone else without your specific request to do so, OK?

If you're not sure if you're on the list, go ahead and subscribe: it will tell you if you're already there.

By the way, I'm active on Google+. There's also a button at right to add me to your circles if you're over there: please click it, or search for "Glenn Springer". There's more than one of us, so choose the one that says "FACZEN".  If I add these two media together, allowing for duplication, I'm at around 350 readers, and my first goal is 1000. Help me to get there!

Paranoia
The little green men can still be after you even if you are paranoid, you know. 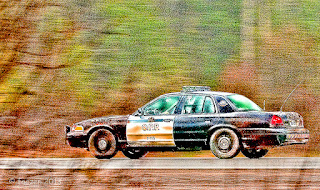 Driving home the other day along the Argyle Road, traffic was light. Perhaps 5 vehicles came from the other direction in about 10 km. Just to give you a sense... the road was bare and dry, the weather clear. The speed limit was 80 kph and I'm not afraid to admit that I drive around 100 kph in these conditions. I use the cruise control to keep from overdoing it.

I looked in the mirror and there was a black SUV behind me, with a suspicious looking roof rack/profile. I don't know where he came from, I'm generally pretty good at watching around me. Uh-oh. I know what that is. OPP (Ontario Provincial Police). I eased off the cruise control, just dropping to about 95. He stayed where he was. 90. Still there. Then came a straightaway and he pulled out and passed me. Then he accelerated to about 105 and was slowly gone.

But you get that sinking feeling in your gut whenever you see a cop car. Even if you're not doing anything wrong or unreasonable.

2. My power's going to fail!
This came up the other day. I went to the kitchen to get a cup of coffee and while I was there, I heard an odd beeping from my computer area. Nothing I recognized... then I heard a similar beeping coming from the back room where the DSL modem is. Putting 2 and 2 together, I said, "AHA! Power failure! Those are the UPS warnings".

I'm guessing it was a low voltage or brownout. I still had lights, etc. It stopped after about 10 minutes. I've not seen that here before, either it's on or it's off. But it made me think about my UPS's and wondering whether all of you are wearing protection.

Just in case "UPS" is not familiar to you (or it makes you think about brown trucks), it stands for "Uninterruptable Power Supply" and it's a battery backup system that provides power when the mains fail or drop below a threshold, and it usually includes pretty heavy duty surge protection as well. I recently replaced the main one that my computers are plugged into, I now have about 20 minutes to save my work and power down smoothly in the event of a power outage. I have a second one that supports only my DSL modem and that gives me about 2 hours of wifi and wireless internet when the power is gone. That's important to me because I'm isolated up here, I'm not in a city and without power, I don't have water pumps, a furnace blower, etc.
PS: Think it through when you install one. You need your computer, your monitor, your mouse and keyboard, your wifi or internet modem, and any external hard drives you're using. If you're on a laptop, you're usually covered, but maybe not the external drives or your router...

Pond Hockey pictures
So you expected to see some more pond hockey pictures, huh? You will, but not today. I have something else for you.


First of all, when I typed this heading, Blogger didn't recognize the word 'snowmobiling' and it wanted to replace it with 'monolingualism'. Shades of 'autocorrect' on an iPhone or iPad! Too funny.

It looked as though we were going to get a nice sunset yesterday. So I fired up the bike* and headed out on the lake around 5pm.


* Snowmobilers call their machines, "sleds". ATVers or 4-wheelers call theirs, "bikes". And you thought this blog wasn't educational!

Anyway, there wasn't a colourful one, although the sky was kind of HDR-ready. 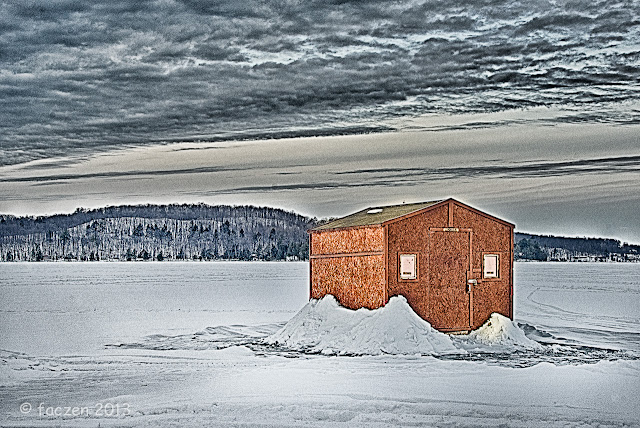 Anyway, while I was waiting for the sun to set, I heard the angry hornet-buzz of a bunch of sleds. Usually these guys just go whipping by at 1200 mph but this time they wanted to play on the snowbanks at the side of the ice-road plowed by the Red Umbrella Inn. Looked like a photo-op, so I hopped on the bike (see how the new terminology works? You've learned two new words!) and wandered over. They were cooperative, to a point, so I unlimbered the camera and... 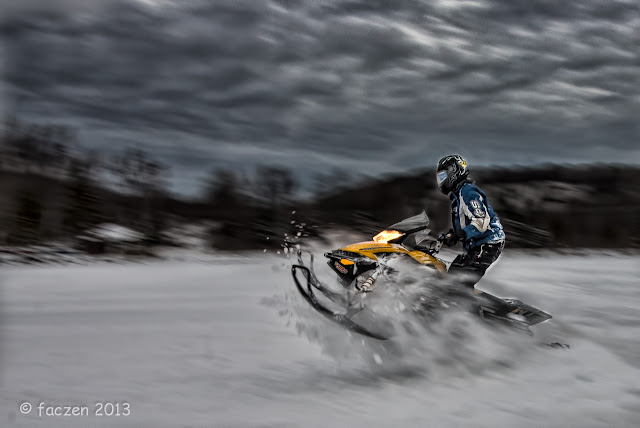 It was starting to get pretty dark, so I had to vary my shooting technique. Initially, I was doing slow shutter speed panning, but it got too tough, so I slowly switched to high-ISO fast shutter.

In case you're wondering, these are not HDR's. Most of the lighting effects were done in Lightroom with the adjustment brush. I also used Topaz Adjust 5.

I converted the first image to a "Paintograph" (I read that term somewhere. I like it). The oil paint filter in Photoshop CS6 is very cool.

These sledders have contacted me by email and are hopefully reading this blog. If they are, then I'd love to do some more pictures in better light one of these days. Please get in touch!

More to come next week...