This is about FACES

On Scott Kelby's blog today, the topic was, "I've got nuthin'". Me too, sort of. Nikon announced the D4 today, so that's newsworthy but this blog isn't about that. People will still be reading this down the road when the D4 is not big news, so I don't really want to focus on that kind of info. If you do want to read about it, here's a link. The features on this camera are incredible. Sure wish I could afford one!

Faces
I uploaded my "Faces" images to the Richmond Hill Camera Club a couple of days ago. The club runs half-a-dozen competitions a year and this one called for people or animal faces with interesting expressions that connect with the viewer. I keep saying that I'm a "Rocks & Trees" photographer but I actually had too many "faces" pictures to choose from! I'm only allowed to submit two. I chose two of the following shots, but I thought I'd share the group with you.

Question is, which two would YOU have submitted? Remember, pictures are not only judged for content, but also for technical quality. The only time technical issues are not really considered is in journalism categories. So here are the 5 shots I considered for the competition: 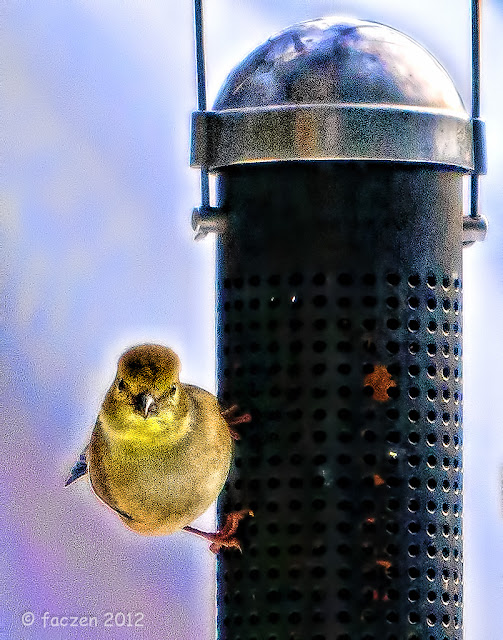 What are YOU lookin' at?
I'm finally learning how to use the 400mm lens. I did do some post-processing (ya think?), primarily with Topaz Adjust 5 which you can purchase here. The image is cropped quite tightly, it's only about 1/4 of the frame. 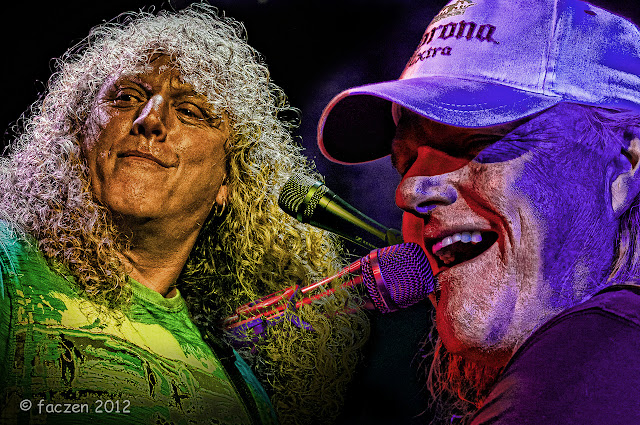 The YaBaby's in Concert
This is a composite of two images shot under wild concert lighting at an outdoor event last July. I was contracted by these guys to shoot the concert but they refused to pay me so I guess the images belong to me! Toning was done with Topaz Adjust 4 (not 5, it wasn't out yet). 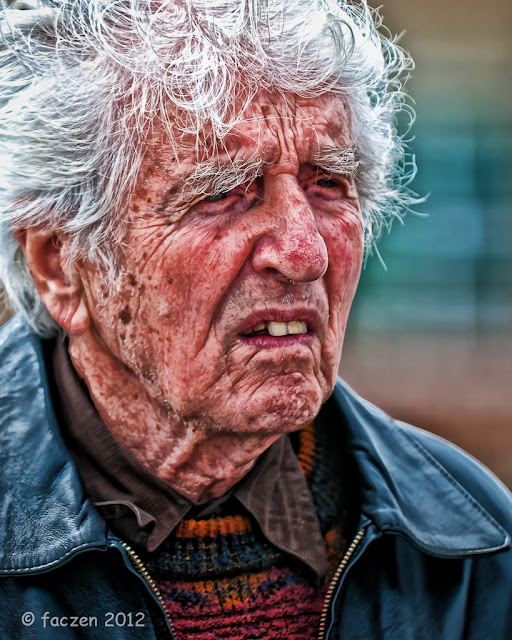 You want me to do WHAT?
At Humber College, we teach motorcycle riding to all kinds of people, young and old. This gentleman was, I believe, 86 years old and he took and passed the motorcycle course. Can you say "Bucket List"? Again, toned with Topaz Adjust 4. I guess I like the grungy look! 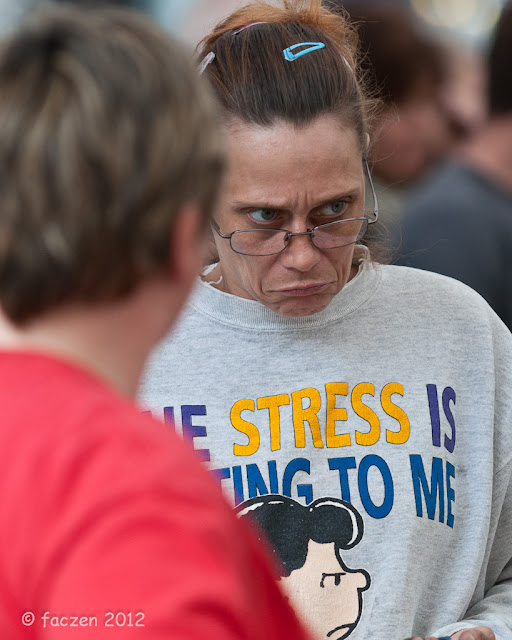 You are what you wear!
I took this candid shot at the Byward Market in Ottawa last May or June. I love how the facial expression matches the shirt. Too bad about the bystander, although it adds some mystery and colour to the image. 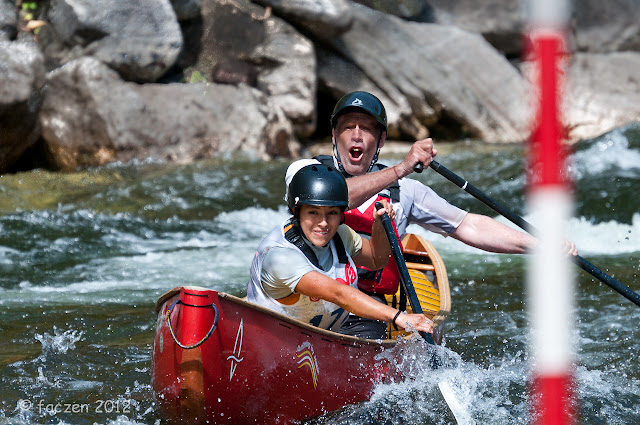 Yahooooooooo!
In the open canoe competition on the white water at the Minden Wild Water Preserve during the Ontario Championship series in September. Do you think they were having fun? I actually shot this with a borrowed lens: Les and I swapped lenses for a short time. This is almost full frame with a 300mm lens, no post-processing to speak of.

So which two would you have entered? I'll tell you later which ones I did, and how they fared when the competition judging is done later this month.