I'm on a two-month journey to Newfoundland. Like Last year, my goal here is to post some stories, words and pictures, to document my trek to the Rock.

You can click on any picture in the blog to blow it up. This year I'm shooting with my Nikon D800 and the new Nikon Z7, so if there's any quality issue, it's on me not the hardware! Most of the pictures will be available as large format prints at very reasonable cost. Contact me.

I love Newfoundland. I've often said I could live here, all things being equal. Not up here on the Northern Peninsula, though.

Maybe it's just because of the weather today (5°C, raining, 60kph winds...) but it's chilly here. And as you drive around from Raleigh to St. Anthony's to Goose Cove, you see piles of white snow and not just on North-facing slopes. When I asked Emily (my hostess here) about it, she said they had over 30 feet of snow this winter — that's over 10 meters — and it's not all going to melt. A typical mid-summer day up here is 10-13°C.

The terrain up here is sub-arctic. Actually in places it is more than sub-, it's downright desolate.


St. Anthony is the only population centre on the peninsula with about 3500 residents and they actually have a Tim Horton's! And a real grocery store.

There are hundreds of species of dwarf flora unique to this area and other arctic vegetation. Local guides can pick them out and Ted, who owns Burnt Cape Cabins, takes people out on his little school bus. The road is Subaru-friendly, I guess if you live there and know it well, school bus friendly too!

Here are a few images I took. I can't name the plants but at least one of them is rare, endangered. For my photography readers, I shot stacks of 20 images in the Z7 then compiled them in Helicon Focus back in the computer. 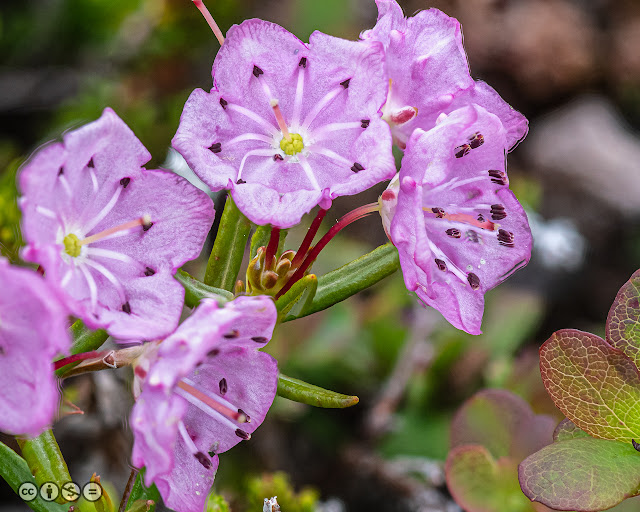 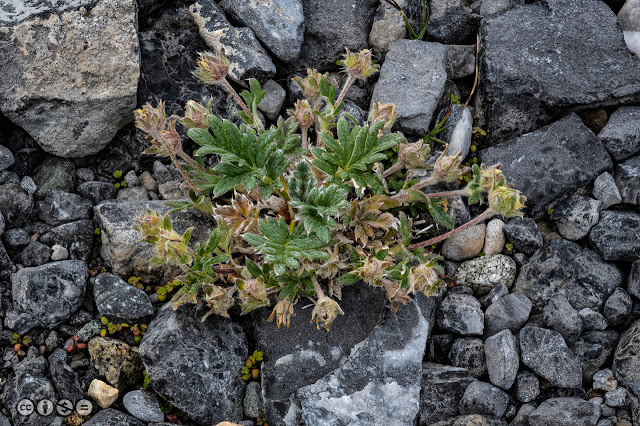 The reason most people travel to the Northern Peninsula is to visit the Viking settlements at L'Anse aux Meadows. I was very disappointed. It's a government-run historic site, staffed by people in uniform, fancy displays, video shows and powerpoints... I didn't go outside the visitor centre building because (1) it was late, (2) it was far and (3) they admitted there's not much to see. The archeological sites have been excavated, you're looking at mounds and a few artifacts (they admit the major artifacts have been taken away). So you'll see a little triangular piece of rock that they say was a stone knife or arrowhead... not my thing.

However there's another site called "Norstead" (it has some Danish characters in the word that I won't even try) where they created a living replica Viking settlement, not just some archeological digs. Staffed by people in period costume, it was fascinating and I wish I'd spent more time there.

They have an interesting website, it's worth the visit.


Icebergs and other stuff

Here are a few more images before I close this chapter!


Parting Shots
On the side of the road

In the interior, away from the coast, there are more trees, thicker forest. As you drive along, you see garden plots, miles from anywhere, and stacks of firewood. Here's the story:

When they built the roads, the construction crews dug up and turned over fertile soil by the side of the road. Much easier to work than the rocky soil on which the settlements were built, so locals plant their annual vegetable gardens there instead! According to the notes I read, they're fenced to keep the moose out and away from their veggies — as if that's going to help!


Homes are primarily heated by firewood. Other fuels are prohibitively expensive and so is electricity, besides these settlements date back over centuries. Every winter, local residents obtain permits to cut wood, and they go in cut and haul their wood out to spots near the highway. Historically, they used horse-drawn sleds to carry the wood (which was uniformly cut to 8-foot lengths). Now of course, they use snowmobiles and chain saws, but they still use the sleds! The wood is stacked and left to dry, some cut to 4' length or to the finished 16-18" length. Everyone knows where their own wood is and I'm pretty sure stealing someone's wood is a capital offence! Over the summer and fall, the now-dry wood is hauled and split and stacked again near peoples' residences.


Wow. I know this was too long. Sorry... but I couldn't figure out where to split it and as I wrote, I got carried away. Stay tuned for Part 3 in a little while!