Not much to do with photography per se, but I was prompted to think about how my days have become a bit aimless and how I need some motivation. One thing led to another, then I thought about my "Bucket List". What do I want to accomplish while I still can?

I'm not talking about things beyond my control, so winning the SuperMax lottery is not on the list. I can't physically do the stuff I used to do years ago, and besides I've already skied the Alps and the Rockies, won a racquetball tournament, flown an airplane (but never jumped out of one — nor do I ever want to!), ridden a motorcycle over 200 kph, won a combat pistol competition, hunted and fished and camped and canoed and sailed and swam in both the Atlantic and Pacific, driven a car in a rally (and almost won!), bench pressed over 300 lbs, drove a race car on a track, and so on. I've done a lot of stuff.

There's stuff I haven't done but it's not practical to think I could ever do it. Fly to space, beat a chess master, jammed with a jazz group (well technically I did, but that's another story...). I want to travel to some interesting places (Iceland on top of the list) but I didn't include travel destinations. So here goes:


Note, I didn't say "get a book published". That may not be in my control. Also with my damaged vocal cord, I can't sing my own song and I'm not a good enough musician to play anything really well.

Replaced today. Here's the one that was there before, to record it for posterity!

It's cool when a print sells. Vindication. Proof that other people like your work, not just you or people you know. Most of my sales have been either to people I know or to people connected with the subject I sold one of those this month too, a candid portrait I had done). For instance Wintergreen bought some prints of an image I took of their upstairs facility.

Today a buyer in Australia bought this framed print through RedBubble: 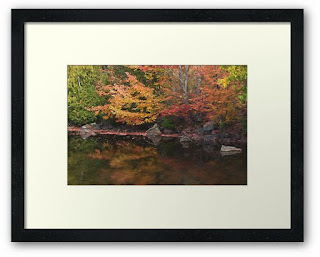 I haven't been paying much attention (OK, "none"!) to RedBubble or Fine Art America (click to see what works I have there now). I really need to update my listings there because they are indeed online marketing arms. I'll spend more time on them in the next little while.

Incidentally, if I would make a sale in South America, Europe, Asia, Africa and Antarctica, I'd be in all the continents! Come on, readers, you can do it!


PS: if you're local, I have a substantial collection of unframed exhibition quality prints (and a few framed pieces) here, taking up space. I'd like to sell these, so I'm practically giving them away. They're all in 'crystal clear' bags, printed on 18x24 sheets of fine art paper, image sizes are typically 13x18. Contact me and come see them!

I had so much fun shooting the airshow at CFB Borden that I decided to go to Trenton for a repeat performance. The shows were similar but the Trenton venue was MUCH larger. They had some different planes and routines too.

I failed to find Capt. Match Hatta (Snowbird 3) amongst the 50,000 people who were there. But I did meet the CO of the Snowbirds and he got us (me and Amin) into the VIP area. Great view but not as good as these guys had:

A little technical thing for my photographer readers. I shot with my 70-200 lens with 1.7x converter (most of the time) and I put my polarizing filter on. Made a difference. I did learn that 1/1000 second is NOT fast enough for this kind of stuff. I even experimented with 1/8000 second! Check it out:

The Quinte airshow was quite a production. There were a reported 50,000 people there, traffic lineups were horrendous; with temperatures hovering around 30°C and the miles of walking, we were wiped out by the end of the day. Coupled with a 2½ hour drive home. I look forward to being able to do it again next year!

If you're still on the fence about attending the Gales of November workshop up in Wawa on the weekend of October 27, time to get moving! There's still space, but it's getting close to time to get off the pot! Best deal of the year on a deluxe workshop weekend!

Topaz Labs has released version 2 of their marvelous "Impression" plug-in. That's good news and bad news. First of all, the effects and the fact that you can access thousands of community-developed presets are awesome. There are over 140 built-in presets!

The bad news is that it doesn't play well with lesser systems. In fact you need OpenGL 3.3 in your video card (or Mac OS 10.9+) to run it at all. And unless you have a high end system, you need to set the preference to "low resolution" or your hair will grow grey waiting for it to redraw. I expect they're working on that.

FWIW, I'm working on upgrading my computer: this has been the straw that broke the camel's back. My desktop is about 5 years old, which makes it 120 in dog years. It's been having a hard time running the latest versions of LR and PS as well.

If you can run it, you should get it. Amazing effects. If you already have Impression 1, the upgrade is free (don't delete version 1 when you install: just to be sure). If you don't have it, use this link before July 7th to get a 40% discount and enter the code "2IMPRESS" at checkout.

I mentioned in an earlier blog that my sleep patterns were weird: and that I decided if I wake up at 4:30am, I'd take advantage of it and do Carden Plain or Algonquin. So I went up to the Park one morning. Turned into a long day, though! In addition to the Fisherman's Point shot above, I did a slow cruise from one end of Highway 60 to the other, without seeing any of the moose or fox kits that others had. I explored several of the side roads that I hadn't driven before and filed away a few spots to revisit. Then I stopped for a bite at the Mad Musher in Whitney and headed home the long way via Bancroft.