Before I do anything else, I want to post this image for my friend George, who's going through some tough times right now, but we know he's going to come out the other end just fine! Cancer is a son-of-a-bitch but you're going to defeat it, my friend. Stay positive!

I learned last night that Stu Freedman has passed away at the age of 92. Stu was a lifelong photographer, mentor to some very fine people like Ron Goodlin and Lance Gitter, founder of the Toronto Guild. The top award in the GTCCC is named the "Stu Freedman Award".

I only met Stu about 5 years ago, through Ron (I grew up in Montreal, not Toronto!). Then I discovered that Stu's wife Renalee is my mother's cousin, so we're related! I was amazed to watch him getting around with his walker, outfitted with a camera case on top, and up until a couple of months ago, he was sending me pictures of birds-on-the-wing taken hand-held with his 500mm lens, something very few people could do (especially not me!).

This will be an ongoing trip report. I'll combine a couple of days together before posting.

I decided I needed a "Road Trip" to get away from the frenetic pace of life in the Haliburton Highlands! So I left this morning (Thursday, September 17) for Lake Superior. I booked the Agawa Canyon Train Tour on Saturday, and a couple of days at Rock Island Lodge in Wawa after that, the rest is unscheduled.

My goal is to walk where some of the Group of Seven did. I even brought my easel and oil paints and if weather permits, I'll paint where AY Jackson stood when he painted "Shoreline". Stay tuned!

Day 1: my intention was to stay somewhere along the North Shore of Lake Huron that night. That gave me tons of time to get there, I could have made the Soo if I had wanted to, but I didn't want any excuses not to stop to take pictures. It didn't work out that way.

I don't know about you, but it takes my mind some time to switch modes. Even knowing that I had all the time I wanted, I was still in "Gotta-get-there" mode most of the day. So I didn't get a lot of great photos, and I drove past a few. That said, I didn't get to a motel until after 8pm, already dark!

I wanted to go to Elliot Lake. I've never been there, I heard that it's a thriving retirement community, wanted to see what it's about. There are over 11,000 people in Elliot Lake: but there's only one hotel/motel. It's a Hilton at $150/night. I turned around and found something at half that price in Blind River. That said, an endless freight train rumbled past my room about 50' away at the stroke of midnight! Hope there isn't another one at 6am!

The only real enroute glitch was that Rte 141 was closed at Lake Rosseau. A one-hour detour through Port Carling. It was upsetting because although there was a big sign advising about the closure as you came out of Bracebridge, it seemed that they'd point you at a detour as you got closer. No such luck. 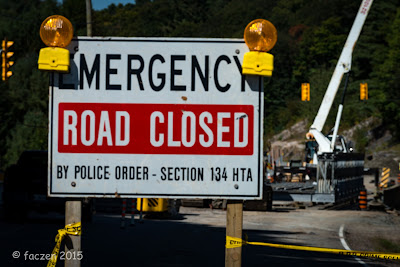 Anyway, here are a few pictures from Day 1: note that they've been roughly edited on my Laptop without the benefit of a calibrated monitor. I probably have to go back and fix them later.

OK, I decided to add a couple of shots from this morning and post the blog.

I discovered that there's actually a beach behind the motel. I went out at dawn this morning and got a few shots: 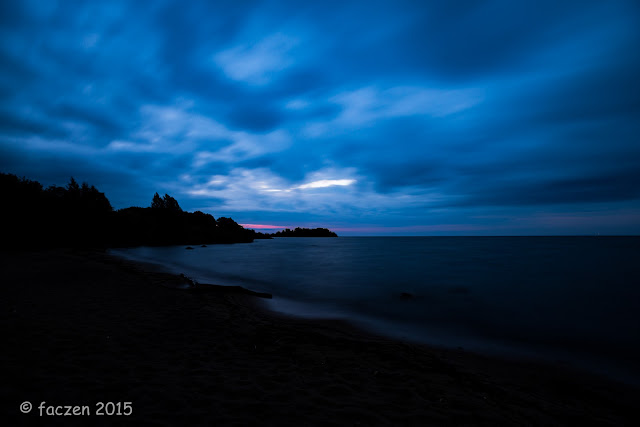 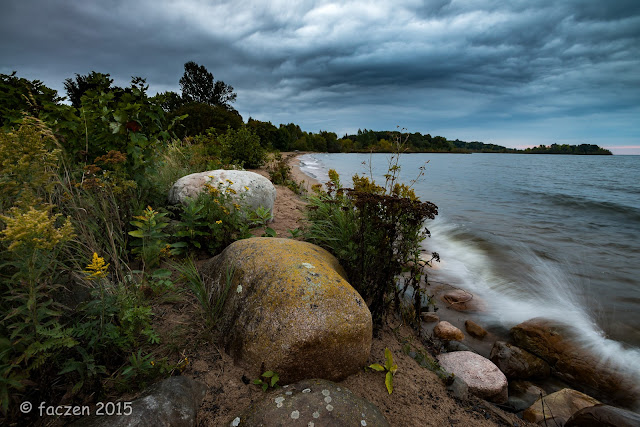 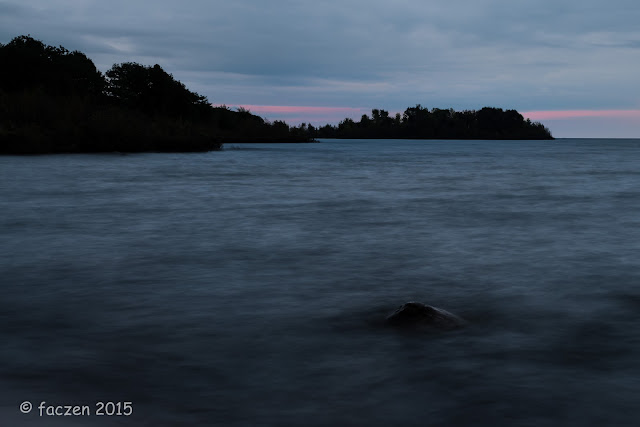 Posted by Glenn Springer at 8:51 am