True North. What's it all about?.

There's a VISA ad campaign around the phrase "Good Busy". Some people think that although I'm busy almost all of the time, I'm "Bad Busy". But my take on it is that being good busy is spending your time productively. It all hinges on your definition of "productive".

Some years ago, I attended a seminar where the speaker introduced the concept of "True North". He said to envision everything you do as a vector on a compass rose, with your main goal straight up, True North. Your actions could either be taking you towards that goal, or away from it. Sometimes things you do have no bearing on your goals, consider them "East-West". That's OK, but anything headed the least bit South is unacceptable.

I took it to heart. I named my property here in Minden, "True North". 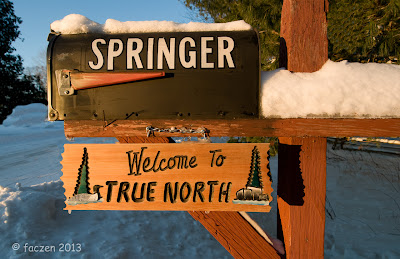 I tried never to do anything that took me away from my goal. The hard part is realizing that your goals are a moving target so staying pointed in the right direction isn't so easy. I spend a lot of time trying to figure out what my goals are. Without success, sometimes, I have to admit. So if you don't know what your goals are, how can you know if you're moving in the right direction?

This is a roundabout way of saying that my goals are not the traditional ones. Money, successful business, close relationships... that's not what they are. If I were to try to state my goal right now, it's to be able to express myself artistically.

So time that I spend trying to foster recognition, that's not moving True North. At best, it's East-West, because after all, I do need to survive. Like putting images up on Facebook or Google+ or Fine Art America or Redbubble.  I consider teaching to be a North-West activity. I consider writing to be a North-East activity.

It's not about garnering approval or recognition. It's about expressing my art and sharing it. Sure, I have to get people to like my art enough to buy it, or at least share it so I can continue to eat, but in the end, it's about ME liking my art and ME thinking I'm making progress and heading in the direction of True North.

Did that make any sense?

I've always been kind of a techno-guy. I'm a "User" now so I don't really want to know about nuts and bolts, but I like nice toys and cool software; but only if it takes me somehow in the Northerly direction. I consider spending time learning how to use the latest hardware or software to be Northeasterly or Northwesterly endeavours, but sometimes you can get sidetracked. The last week or so is a case in point. Here's what happened.

I got the new Nikon D610. Marvellous beast, not a big learning curve because after all, it's just a D600 without dust measles (I hope...). But then Adobé threw a monkey wrench in the works and I spent the equivalent of a full working day trying to figure out how to upload readable RAW files from it, then setting up the workflow to make it happen (I'm still shooting RAW + JPEG just in case. Remind me to fix that tomorrow!). I also wrote about it so if any of you are in the same boat, wander over to my TechBlog here to read how. When Adobé gets around to releasing a new version of ACR/LR, it'll be moot.

Then I read that Google (alias Nik Software) had released an update to the Nik suite and I didn't get it because, I discovered, I had disabled automatic update. Another couple of hours... I installed it and discovered that it killed my go-to HDR program, Nik HDR Efex Pro 2, when I tried to access it through Lightroom (it still worked in Photoshop, though). Instead of seeing a proper image, here's what I saw: 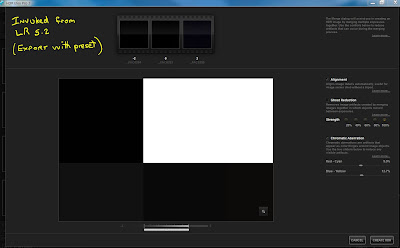 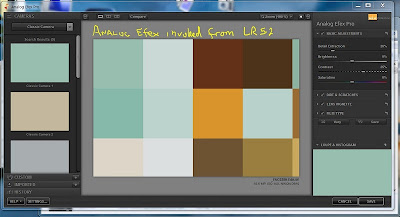 More time, trying to figure it out. Then I tracked down a helpdesk at Google and sent them an email. KUDOS to Google: a real live human being (who doesn't say, "I can certainly help you with that problem" with a South-Asian accent) responded within a day and solved it. It has to do with how it accesses the GPU through Lightroom. If that's Greek to you, join the club. But he offered three solutions for me to try, and #2 worked. If you're in the same boat, I'm writing it up on the tech blog, but it's not ready yet so check over there later or email me and I'll share their email to me. Figure 3 or 4 more hours, what with rebooting and trying it and rinse and repeat and rinse...

By the way, go to http://www.google.com/nikcollection/ to try the Nik Suite. 15 day free trial, $149 to buy the whole shebang.

Next, along came Topaz. I love Topaz Adjust and Clarity. I sat in on a webinar that mostly dealt with Topaz ReMask and decided I wanted it. Download (the whole suite), install... test... with the Webinar, another half day. Flawless, easy install. Topaz sells their individual products separately or you can buy the whole suite -- pricey at $379 but worth it. 30-day free trial, use this link so I can get my brownie points! (Once you're there, click on "B&W Effects". It's on sale until November 19th at half price. Enter coupon code novbw.

So how many days is that going, at the very best, NorthEast or NorthWest? But I'm sure these tools will help me express myself better. Next project? Another Blurb book. True North? I don't know...

I promised you pictures

Yes indeed. D610 pictures. With all this computer stuff and trips to Toronto and rain... I still got out and shot a few.