December is an active month. There’s lots of stuff going on, revolving around the holidays, people, parties… and winter is just beginning so you get your cold-weather stuff out in preparation and venture out to make sure everything works and keeps you warm. January is another story. It's a quiet time, and I have to work at getting motivated after the holidays.


Maybe it’s just the weather. As I write this, my thermometer says -17.6°C (that’s close to 0°F). It’s 8:30am and it’s dull out – f/8 at 1/15 sec, ISO 400. It’s snowing lightly, but you can see the wind swirling the snow off the ground, you know it’s cold out there. Every now and then, the snow drops off the heavily laden trees, making it look like a full-blown blizzard out there.

Last post, I showed you how the lake hasn’t yet frozen over, but now it has. The locals have put their ice fishing huts out and one guy I talked to said the ice was 9” (22cm) thick out there, and that was a couple of days ago when it was still hovering around the freezing mark. Last year I went out and took a few pictures of ice fishermen, I’ll probably do so again this year. I may even get a chance to go out and actually fish a little: it’s warm in the huts and it looks like a good excuse to relax and wet one’s whistle, so to speak. 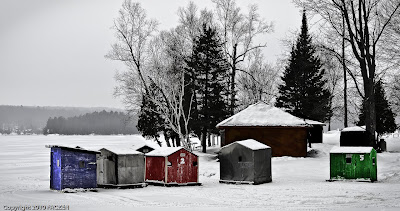 OK, the huts are not really RGB (oh, you didn't notice?). Well the blue one is, but I coloured the others. The Red Umbrella Inn prepared the huts to be dragged out on the ice and took most of them out there on Saturday, January 2. 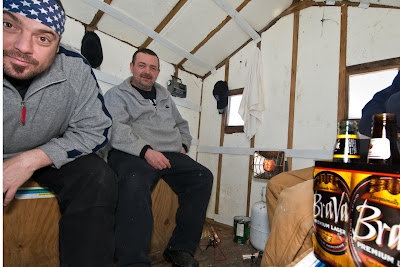 Inside one of their huts. Notice the heater and the mandatory "2-4".
This was taken last year. 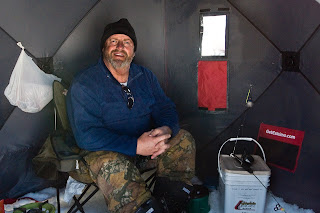 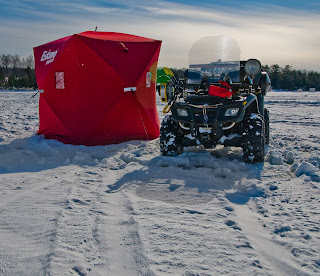 This fellow was nice and cozy in his portable hut. Also from last winter.


Going to shoot some pictures out in the cold?

Just a few thoughts about what you should do if you’re taking your camera out to shoot pictures in the cold:


I have a very fine set of wool underwear. People think wool is itchy, but not this fine stuff. I’ve tried lots of other types but I’m always warm when I’m wearing this. And it actually wicks moisture away so it’s not too hot either. I wear them when I’m motorcycling or teaching the riding course on cool days. It’s called “Next to Skin” or something like that, and I bought it in a camping/outdoor store (Tent City on Steeles/Dufferin in Thornhill). I know the owner, and he told me to buy it, even though it was expensive. He was right: you can’t go wrong buying the best. 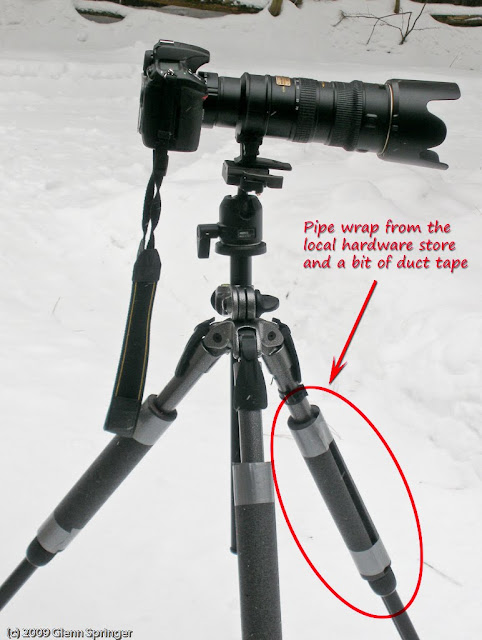 Do you wear glasses? Do they fog up when you go out in the cold? Not unless you breathe on them. But what happens when you come back inside? NOW THEY FOG UP. Why? Because the surface of the (glass or plastic) is colder than the air, and that moisture condenses on the cold surfaces. This can also happen inside your camera. So here’s a recent suggestion by Lance Gitter: seal your camera inside a big plastic bag when you come in from the cold (hmmm. I wonder if that would make a good book title? Nah, it might have been done before…). Now it’s surrounded by the cold outside air which contains very little moisture, so nothing will fog up. Let it slowly warm up to the inside temperature before opening the bag. Make sense?

Here’s a free suggestion. What’s it like inside your camera bag? I keep several packets of silica gel in the bag, which will absorb excess moisture. Where do you get silica gel? Try your local audio/video store – they often pack some in with electronic gear. Or motorcycle dealerships – Japanese bikes that come by seafreight from overseas have silica gel inside the crates, which the dealer throws away when they unpack the bikes. I found some at a shoe store: little packets inside every shoe box. A friendly store manager let me have a couple of dozen little packets.


If the weather outside is frightening (tune stuck in your head?), you want to protect your camera against the elements. Pretty well all cameras are reasonably resistant to moisture, but not completely. So you can get them a little wet with no damage. WARNING: that is NOT true if you’re in a marine environment where there’s salt water. Salt will EAT your camera

I worry about water and stuff like windblown sand getting into the camera or in between moving parts. So I bought a “Storm Jacket” which I use when it’s nasty out. There are lots of different ones, but the one I bought has elastics at both ends so you can seal it at your lens hood, and you can leave the back open to access your controls and viewfinder. 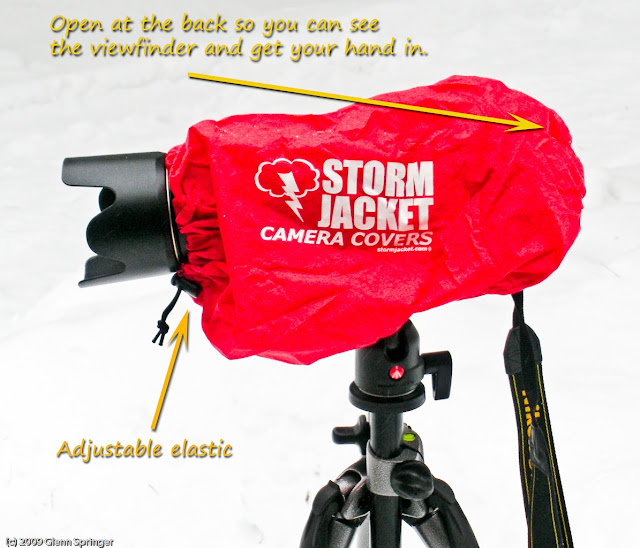 This is mine. You can buy it here

There are lots of different brands, ranging in cost from $15 up. Look here

Of course a simple solution is a plastic garbage bag with a hole torn in the bottom to stick the end of your lens through. You obviously can’t shoot through the plastic. You could also use a garbage bag as a raincoat, but doesn’t a real one make more sense?

I did go out to shoot a few pictures in the last few days. I think it was worth the effort. The snowmobile is the ubiquitous transportation mechanism to mid-lake, although people actually walk out on occasion. 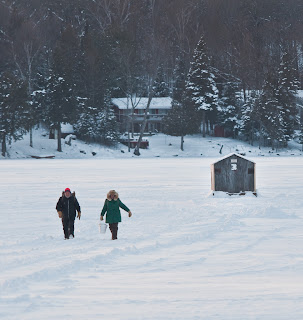 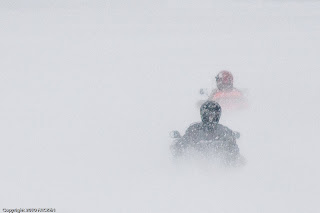 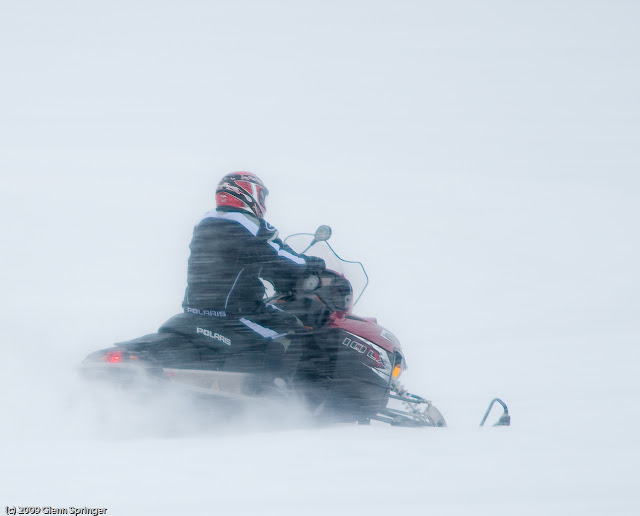 I told you it was worth going out in the snowstorm to shoot pictures! This one's going in my favourites folder and is being submitted for competition as well.


Sunsets are different in the winter, too: 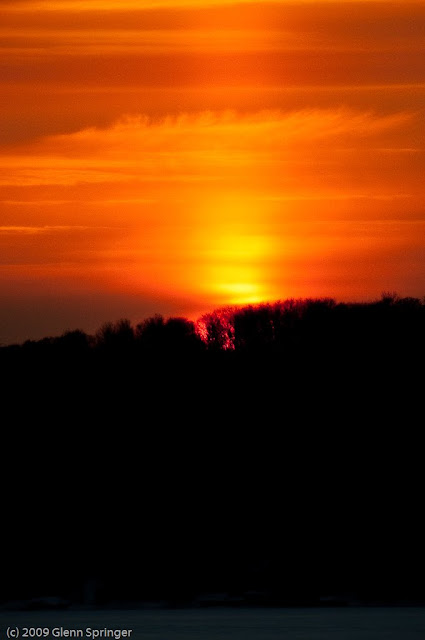 Some indoor photos!
Instead of going out in the cold, I decided to set up my light tent on the dining room table. I was curious if there would be enough light just relying on whatever came in through the windows. There was, because being on the tripod, I could simply increase the exposure time. 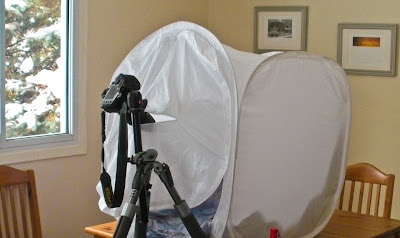 I was also curious whether I needed more than one light source. Turns out, I didn’t. I set the camera in ‘commander’ mode and remotely triggered the Nikon SB-600 , holding it in different places – inside and outside the light tent, from various angles. The differences were subtle. All of the following pictures used different setups, and they all look very similar. 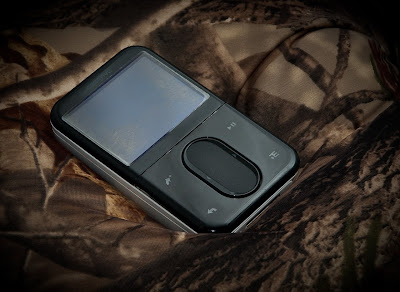 This is a 60 Gb Creative Zen Vision M. It's for sale. Send me an email if you're interested in a steal! 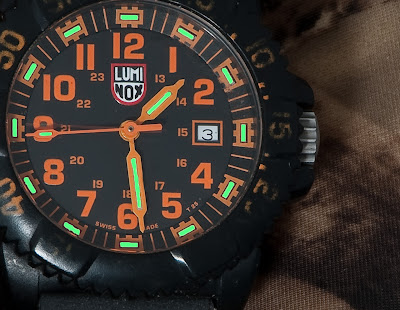 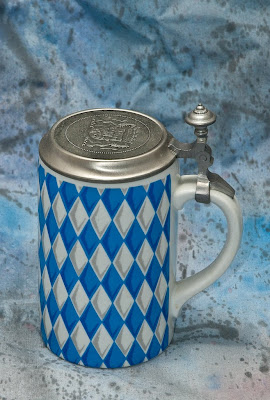 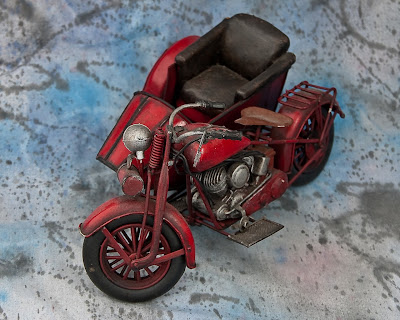 I also played with direct lighting from a little flashlight. 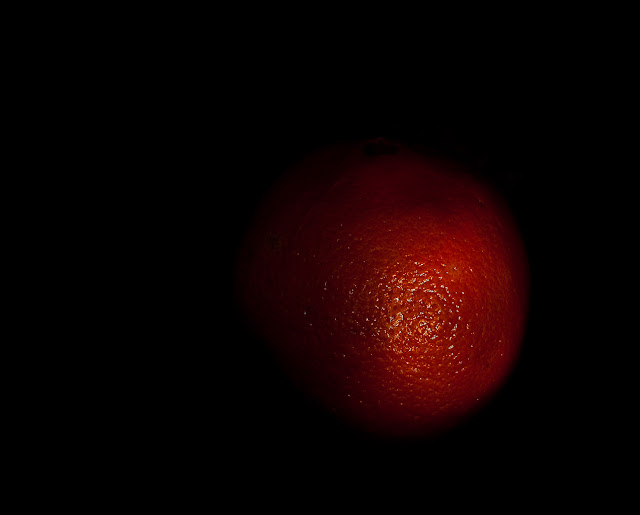 So the message is, you don’t have to go out in the cold to take some neat pictures.

Light tents are not expensive, and easy to use. They fold down like a reflector disk, but damned if I can figure out how to fold it back into its original shape!

You can get one here.

A quick word about Lightroom.
I love it. I find myself editing things much faster and especially, when I output images. The pictures for this Blog took me about 5 minutes to prepare: I saved them in a collection called “Blog Topics”, then selected the ones that I wanted, clicked “Export” and chose a preset to fit them in a 1280x1024 container. Done. All I had to do after that was drag them across the network to the other computer (which I probably could have done directly, but I wanted to keep them in one place for archiving).

I still get confused a bit – for instance I’ll select a whole new collection and find the image I was looking at before still on the other monitor. I dunno why! Next time I’ll talk about the workflow, and flagging, rating and labeling images. I want to work on my routine a bit more before I share it.

Have a great day!
Posted by Glenn Springer at 6:54 pm